The NHLPA took part in the Courage Blind Hockey Tournament on Friday, March 21st, at the Mattamy Athletic Centre. 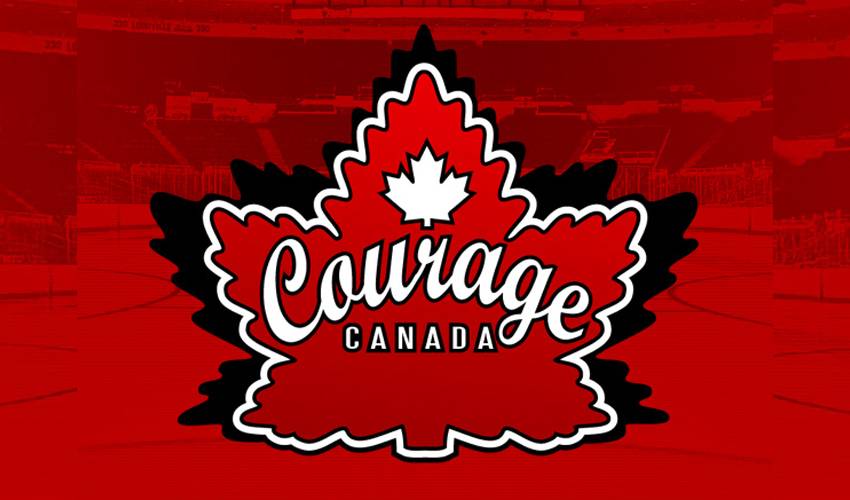 Established in 2008, Courage Canada aims to provide the opportunity for Canadians who are visually-impaired to enjoy the game of hockey in a safe and fun environment through skating and skills development camps, structured games, and their Blind Hockey Tournament. To date, they have successfully ran 99 skating field trips for over 500 boys and girls in communities across Canada - with their youth skate this week at the Mattamy Athletic Centre being their 100th clinic.

Mark DeMontis, Founder and President of Courage Canada, bravely created the charitable organization at the age of 21. DeMontis was a AAA player with an NHL dream when he was diagnosed with Leber’s Optic Neuropathy – a rare condition that took away the central sight in both of his eyes – at the young age of 17.

Their efforts not only help instill the spirit of the game, but aid in cultivating strong leadership traits among Canadian youth and adults.

The day began with a reception that brought together staff, participants, and sponsors who shared their stories and excitement for the event. Former Tampa Bay Lightning captain and Olympian, Rob Zamuner, spoke at the reception about his eagerness to participate in the event and how inspirational the players were. 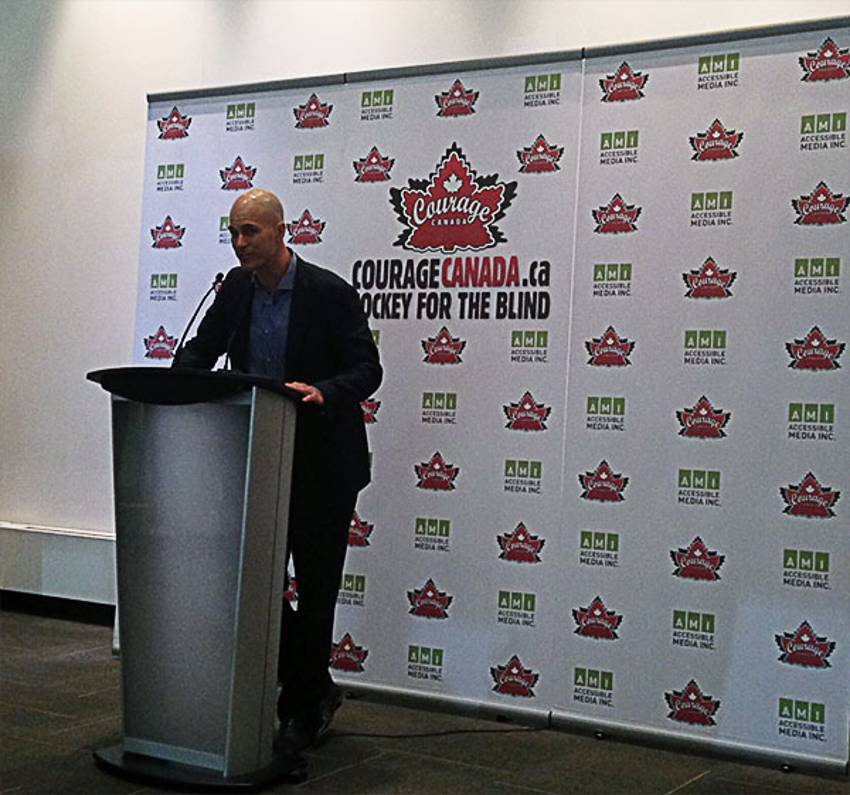 Also in attendance was Bal Gosal, Canada’s Sports Minister and Member of Parliament, who assisted in dropping the puck, as well as Jerry D’Amigo, who is in the Toronto Maple Leafs organization (currently with the Toronto Marlies).

The sport of blind hockey is one that has existed in Canada in various forms for over 40 years. The players range from legally blind (approximately 10% vision or less) to totally blind. Athletes with the lowest vision play defense or goaltending positions. The tournament is played with an adapted puck that is larger in size than a traditional puck, and makes a rattling noise. During a faceoff, the referee will place the puck on the ice. Players may only touch the puck after the referee’s whistle. Since the puck makes no noise in the air, goals may only be scored in the lower 3 feet of the net. A pass must be made in the attacking zone before a team is eligible to score. Once that pass is made, a different whistle is sounded to alert players that a goal can be made.

Teams of players ranging in age demonstrated great speed and athleticism on the ice as the tournament kicked off. The tournament continued through the weekend, culminating on Sunday, March 23rd with Team West bringing home Gold after a hard-fought battle against Team Pacific, winning 4-3. Team Ontario took home the bronze medal. 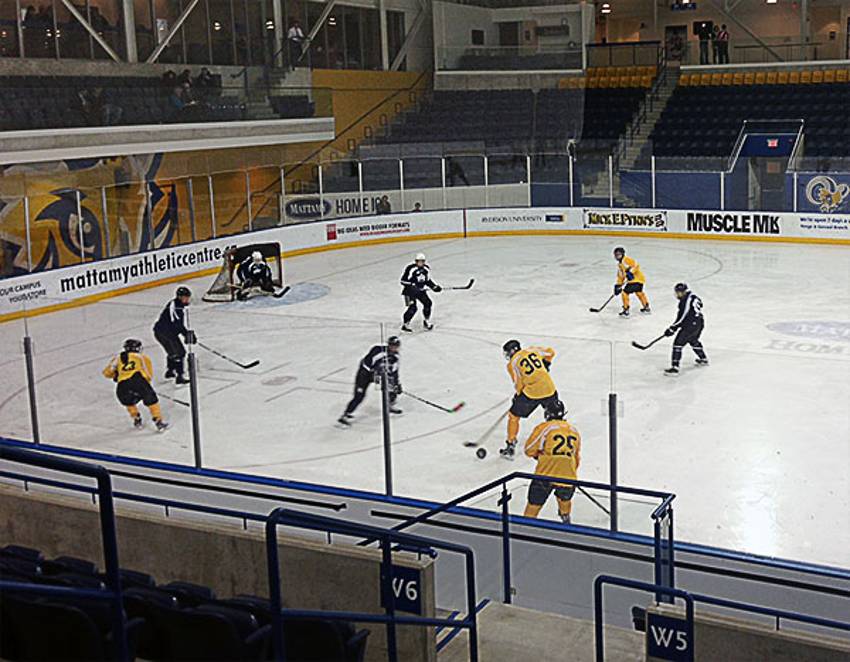