Bartkowski A Big Plus On Bruins' Blueline

When asked about one of the impressive stats he put up last season, Matt Bartkowski chuckled and downplayed the number. But, the number found in his plus-minus category is anything but a laughing matter. 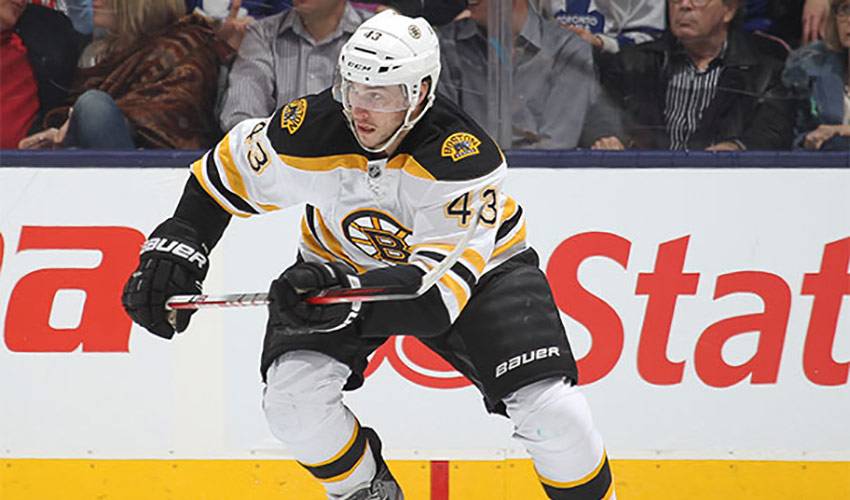 When asked about one of the impressive stats he put up in 2013-14, Boston blueliner Matt Bartkowski chuckled and downplayed the number. But, the number found in his plus-minus category is anything but a laughing matter.

He appreciates the acknowledgment, but when it comes to the plus-22 he fashioned in his first full NHL season, Bartkowski, who appeared in 64 games, is both modest and self-deprecating when the topic comes up.

“Doesn’t everyone on our team have a good plus-minus rating?” he said with a laugh. “It’s kind of funny to me, really. It’s an individual number, but I see it as more of a team statistic. It shows the balance we have throughout the lineup and the commitment at both ends of the ice.”

While talk of the Bruins’ depth and talent pool at each position brings a smile to Bartkowski’s face, a conference semifinal playoff loss to Original Six rival Montreal does not.

The Canadiens ousted the Bruins in seven games, a disappointing dismissal from Stanley Cup contention that still irks him.

“It leaves a sour taste in your mouth,” said Bartkowski, who appeared in eight playoff games in 2013-14. “It’s always disappointing when you don’t reach your ultimate goal. It’s something that you remind yourself of when the next season starts, in that you don’t want to experience that feeling again.”

Drafted 190th overall by the Florida Panthers in 2008, Bartkowski, who came to the Bruins in a trade in March of 2010, is looking to build off his strong campaign.

“It’s really all about improving every part of your game, listening to advice, and playing your part in making the season a success,” said the 26-year-old. “We have a very unselfish group here. And everyone is on the same page when it comes to achieving what we want to go after.”

Bartkowski hopes he can play a major role in that championship quest.

“I thought I had a solid year, and felt very comfortable out there,” he said. “I think I learned a lot and I’d like to be able to do what I can to make it a great year.”

At the very least, Bartkowski won’t have to deal with the nerves he battled in his first NHL game, a milestone moment that came against his hometown team, a club he followed faithfully as a kid.

“It figures that my first game would be against the Penguins,” said the Pittsburgh native, of the January 10, 2011 milestone. “I loved watching them, guys like Mario Lemieux, Jaromir Jagr, all those great players. I had my parents, relatives and friends in the crowd for my first game. You get a little nervous before it starts, but by the time you get out on the ice, you are really focused and put everything out of your mind.”

These days, getting back out on the ice and chasing a Cup are what’s dominating his hockey thoughts.

“I’m definitely pumped about it,” said Bartkowski. “I talked to some of the guys and they feel the same way. Everyone wants to get back at it.”

Which is a huge plus if you happen to be a fan of the Bruins.