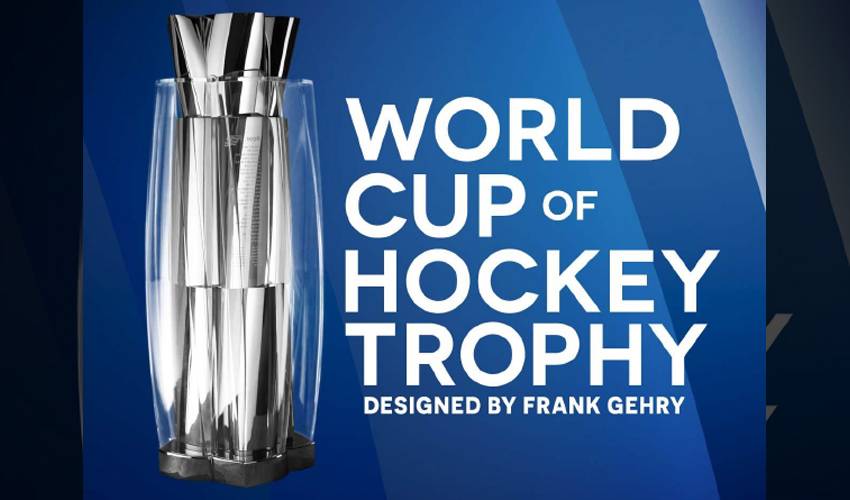 Gehry, a Toronto native, was specially commissioned by the National Hockey League Players’ Association (NHLPA) and National Hockey League (NHL) to design the trophy due, in part, to his lifelong passion for hockey. A labour of love, the trophy was designed and fabricated with meticulous attention to every detail — from the sculptural form and graphics, to considering the way it will be lifted on the ice.

Gehry Partners’ design process consisted of two parallel paths: the first part was to evaluate the form of the trophy to accommodate legible engravings through a transparent shell; and the second study required research into the material and fabrication. Gehry Partners used the same iterative design process for the World Cup of Hockey Trophy as it uses for all of its projects. Three-dimensional computer models were created to study the weight and quantity of materials, while multiple physical models and digital imagery served as an important collaboration tool between Gehry Partners, the NHL and the NHLPA, to refine the design.

The final design for the trophy resulted in a stainless steel base, body, crown and transparent acrylic shell, which was intended to evoke the feeling of a traditional trophy while it was composed in a uniquely contemporary way. Stainless steel was chosen for its durability, timelessness and ability to polish to a mirror finish, and acrylic was chosen for the shell because of its transparency, weight, durability and how it responded to UV light over time. The World Cup of Hockey Trophy, using state-of-the-art fabrication techniques, seeks to capture both the toughness and the elegance of the sport, with a design that embodies the exceptional skill, commitment, and fortitude required of a winning team.