Part of one of the biggest blockbuster trades in NHL history, Doug Gilmour knows a thing or two about adapting to a new team and its teammates. Ahead of the March 1 Trade Deadline, here’s Gilmour’s top tips for players who find themselves on a new team. 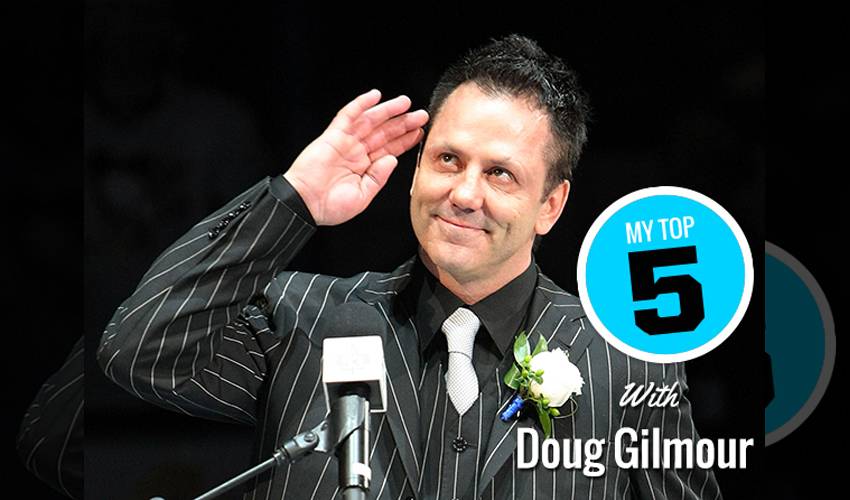 Part of one of the biggest blockbuster trades in NHL history, Hall of Fame legend Doug Gilmour knows a thing or two about adapting to a new team and new teammates.

The veteran of 1,474 NHL regular season games was part of a 10-player swap on January 2, 1992. Gilmour was dealt from the Flames – along with Ric Nattress, Kent Manderville, Jamie Macoun and Rick Wamsley – to the Toronto Maple Leafs in exchange for Gary Leeman, Craig Berube, Alexander Godynyuk, Michel Petit and goalie Jeff Reese.

Ahead of the March 1 Trade Deadline, here’s Gilmour’s top tips for players who find themselves on a new team.

“It’s a hard thing to do, but even though it’s cliché, less is more when you come to a new team. You’re incredibly focused on what you want to do to help the team, but you shouldn’t try to fast-forward things. For me, it was a mindset of, ‘I’m here now. Let’s go.’”

2. Get to know your teammates

“A lot of times, you’re traded for a reason – to help a team get prepared for the playoffs. You might know a lot of the guys, not personally, but in terms of what their on-ice tendencies and skills are. The big key is getting to know your linemates and working together to gel quickly. It’s a fun time. It can be hard on your family going to a new team, but the team wants you and it’s exciting.”

“(Laughing). There were a few guys that I battled with a lot over the years, but when you go to a new team, those rivalries quickly get put aside. It’s all about working together to achieve success. I didn’t get traded to Chicago – I signed there – and I played with Chris Chelios. We had our fair share of battles, but it was much better to play with him rather than against him.”

“For your first practice, it’s mostly up to the coaching staff on how it goes and how they run you through things. It’s a good opportunity to watch everyone, to get a feel for things, learn about the team approach and get to know your teammates.”

“The biggest thing you keep in mind when it comes to the team you leave is respect. You make sure you thank the trainers, teammates, fans and others. Sometimes you know you are leaving and you have more time to prepare, and sometimes you don’t have much time at all. Regardless of the situation, what matters is the respect.”