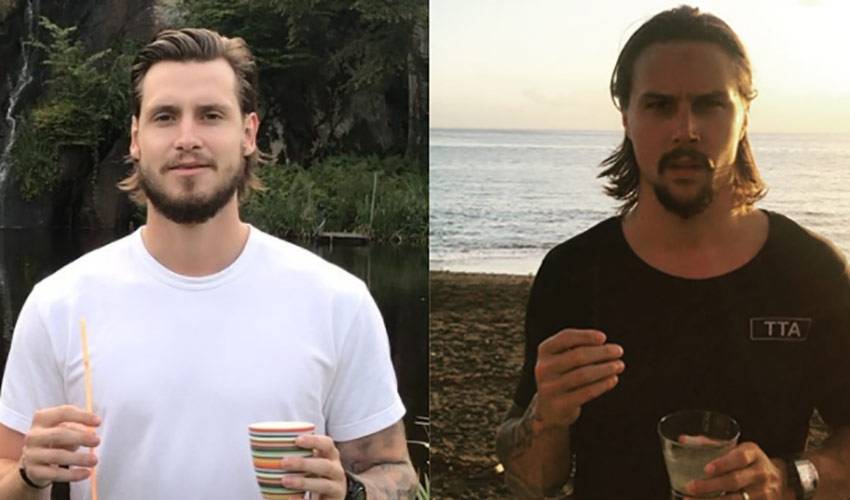 Erik Karlsson has been having quite the summer.

He became a godfather to his nephew.

Being uncle Erik today for my godson.

Congrats on your special day hags. We had a blast.

The highlight of his offseason, of course, was likely tying the knot himself to his long-time partner Melinda Currey.

To the day I'll never forget. My beautiful wife my rock and my comfort. I'll never stop loving you. You've made me the luckiest happiest guy in the world.

While enjoying his honeymoon in Bora Bora, the Ottawa Senators captain also found time to take up an important environmental cause after being challenged by actor, environmentalist, and entrepreneur Adrian Grenier.

Thank you @AdrianGrenier for challenging me to #StopSucking. I defiantly don't wanna suck anymore. I'm challenging @oel23 to join me in quest for #stopsucking Americans alone use 500 MILLION plastic straws everyday, many of which end up in the ocean. If we keep up at this rate, by 2050 there will be more plastic in the ocean than fish. #StopSucking and learn more at strawlessocean.org

Though some of his followers were quick to note that Karlsson mistakenly referred to the Arizona Coyotes franchise as the Phoenix Coyotes, the chain reaction began as his fellow NHLPA member quickly took note of the important underlying message.

The challenge was started by Lonely Whale, a company co-founded by Grenier, and is dedicated to bringing people closer to the world’s oceans through education and awareness. According to the Lonely Whale website, 500 million plastic straws are used every day across the U.S., many of which end up in the ocean, and by 2050 plastics in the ocean will outweigh the fish – the challenge aims to combat this shocking figure.

It didn’t take long for Ekman-Larsson to respond to Karlsson’s call out, while also extending the challenge across the sporting world to the NFL’s Larry Fitzgerald, wide receiver for the Arizona Cardinals.

Thank you @erikkarlsson65 for challenging me to #stopsucking In the USA alone, we use over 500 million straws per day! Let's put a stop to this and make sure that less plastic ends up in our oceans. Learn more at strawlessocean.org I hereby challenge @larryfitzgerald of the @azcardinals to stop sucking.

Fitzgerald has yet to respond to Thursday’s challenge from Ekman-Larsson, but you can follow the #StopSucking challenge to track the movement. You can also check out Lonely Whale for more information that might inspire you to even challenge a friend – because nobody wants to suck.