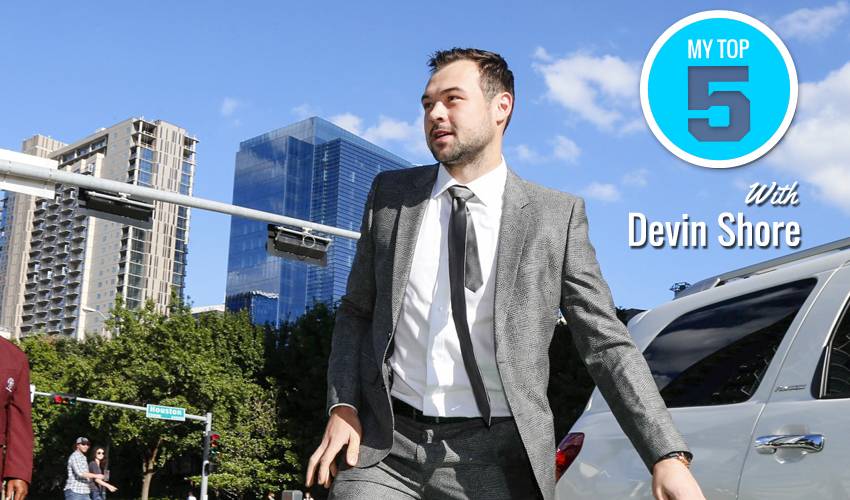 We served up five teammates’ names to Devin Shore and asked the Dallas forward to come up with the perfect Halloween costume for each one.

The 24-year-old did a scary good job of selecting an appropriate look for his fellow Stars, including a country music legend-themed costume for team captain Jamie Benn.

And because Shore stopped by NHLPA.com for this week’s edition of the Top 5, we should note that his all-time favourite Halloween candy is Reese’s Peanut Butter Cups.

“I would like to see Jamie (Benn) – he is notorious for wearing black, both in his street clothes and on game days in his suit – as Johnny Cash. I’d like to him see him dressed up as that this year. That would be a good look.”

“You can go a lot of ways with Tyler – he has a lot going for him. Maybe with the new contract I’d say a bag of money. He’s earned it for sure.  He’s a great guy and a great teammate. I’d say that one, but just as a joke.”

“John (Klingberg), he’s got the good hair -- he’s always slicking it back. I’d go with a ghost or actually, maybe Dracula would be a good idea for him. He’d have the hair for Dracula.”

“Jason knows the game so well – I don’t know what he’d want to do after he finishes playing – but I think he’d make a heck of a coach. Something classic, like a nice suit, a clipboard and a whistle. He’s 35 and he’s still a student of the game.”

“We’d have to find something that has to do with height for Ben (Bishop is 6-foot-7). Maybe we could get him to go out as Yao Ming, the former NBA star. That would be a good one for him. It’s about the height we’d need.”