Drew Doughty has won a Norris Trophy as the NHL's best defenceman and a pair of Stanley Cups with the Los Angeles Kings. But he'll be the first to tell you that he still needs work. That's where Dion Phaneuf comes in. 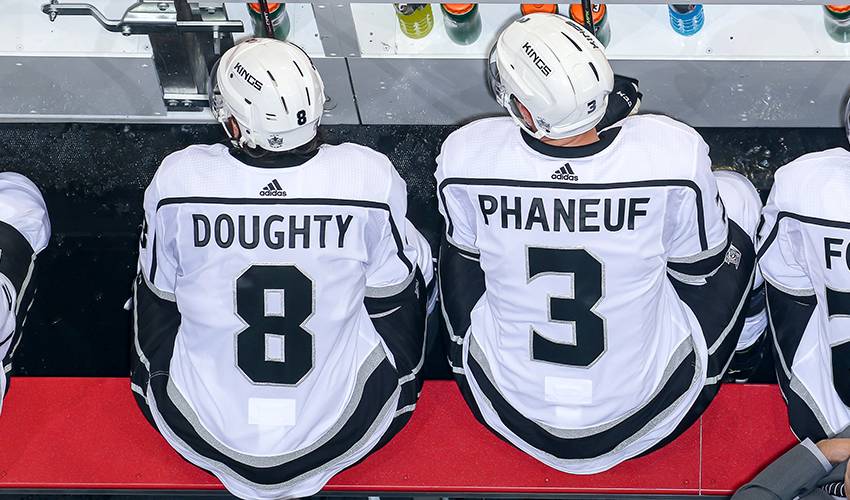 TORONTO — Drew Doughty has won a Norris Trophy as the NHL's best defenceman and a pair of Stanley Cups with the Los Angeles Kings. But he'll be the first to tell you that he still needs work. That's where Dion Phaneuf comes in.

The two defenceman have struck up a friendship since Phaneuf was traded by the Ottawa Senators to L.A. last season. Although Doughty is the more accomplished player, he's relied on Phaneuf — five years his senior — to teach him the importance of leading by example.

"I get frustrated sometimes and I'll take it out on either the refs or myself or my stick, whatever it may be," said Doughty on Monday before the Kings' 4-1 loss in Toronto. "He's kind of taught me that when I'm showing frustration in myself it affects the whole team.

"As a leader on this team I can't be doing that and I've been working on it for years and sometimes I just go psycho. He's really helped me with that and he's a good person, a good friend."

Even still, L.A. head coach John Stevens admits that Doughty has struggled with discipline over his career, amassing 557 penalty minutes. But Stevens has noticed a difference in Doughty since Phaneuf arrived from Ottawa on Feb. 13.

"Drew's a really passionate guy, it's what makes him such a great player. Sometimes his passions turn into frustrations but I'd rather try to dampen a fire then try and light one," said Stevens. "Dion's been in the league a long time, he's a really emotionally invested guy and Dion does a great job of riding that edge of emotion but not crossing the line of discipline."

The 33-year-old Phaneuf is now on his fourth NHL team. He was selected ninth overall by the Calgary Flames in the 2003 draft, making his professional debut in 2005. He was then traded to the Toronto Maple Leafs in early January 2010, where he was eventually made team captain. Seeking to rebuild, Toronto shipped him to Ottawa in February 2016 before his most recent move to California.