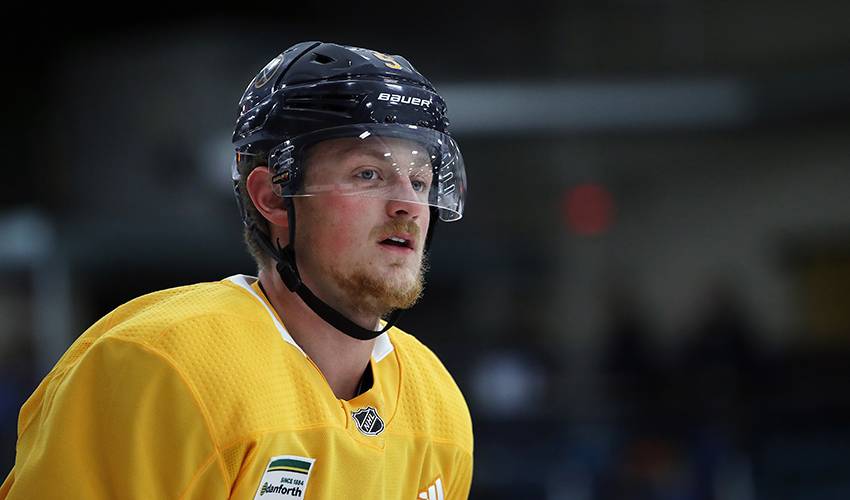 BUFFALO, N.Y. — Jack Eichel has been selected captain of the Buffalo Sabres.

The team announced the decision Wednesday, a day before its season opener against Boston. Eichel becomes the Sabres' 16th full-time captain, and first to wear the "C'' since Brian Gionta handled the role from 2014-15 to 2016-17. Buffalo went with alternate captains the past two years.

Eichel is entering his fourth season since being selected with the No. 2 pick in the 2015 draft. The 21-year-old is also the franchise's highest-paid player with his eight-year, $80 million contract kicking in this season.

Eichel leads the team with 73 goals and 177 points in 209 games during the past three seasons.