At a mere 5-foot-7, Brian Gionta knew the odds would be long at getting an opportunity to play in the NHL some 20 years ago after being drafted by the New Jersey Devils. 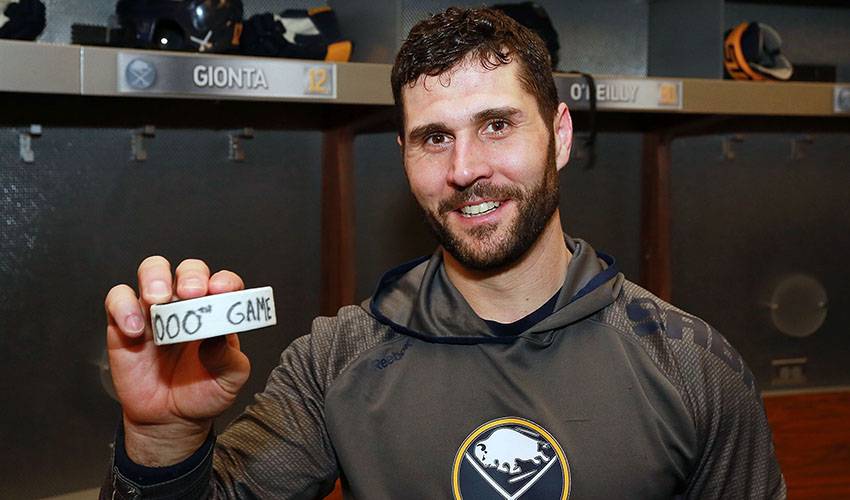 BUFFALO, N.Y. — At a mere 5-foot-7, Brian Gionta knew the odds would be long at getting an opportunity to play in the NHL some 20 years ago after being drafted by the New Jersey Devils.

"I never thought it would have lasted as long as it did," Gionta said. "I went into it hoping I could play one NHL game."

Little did Gionta know how far off he'd be in his initial expectations regarding his lack of size.

At 39, Gionta formally announced his retirement on Monday in closing a 16-year NHL career in which he played 1,026 regular-season games, plus another 113 in the playoffs.

The highlights included him winning a Stanley Cup with the 2003 Devils, captaining the Montreal Canadiens and Buffalo Sabres, as well as representing the United States at two Winter Olympics.

Though he intends to spend more time with his family, Gionta said he has accepted a yet-to-be-defined role as a developmental coach with the Sabres on a part-time basis.

Gionta is from nearby Rochester, New York, and has made his home in Buffalo since spending the 2014-15 to 2016-17 seasons with the Sabres.

The role as father and part-time coach isn't unfamiliar to Gionta after he got a taste of it last year.

In committing to represent the United States at the Pyeongchang Games, he spent time practicing with Buffalo's American Hockey League affiliate in Rochester. The Sabres also had him take part in their rookie development camp this past summer.

Gionta is retiring after giving the NHL one last try following the Olympics. In February, he signed with Boston , where he had two goals and seven assists in 21 games, including one in the playoffs.

Overall, he finishes a career in which he had 291 goals and 595 points. He ranks 38th among American-born players in games played, and 41st in points.

Gionta also earned the respect of many of his former teammates in Buffalo, with a number of them attending the news conference.

He described winning a championship as "a dream come true."

Captaining the Canadiens was significant in knowing the franchise hasn't always offered the C to an American, who doesn't speak French.

And then there was the opportunity to play for the Sabres, the team he grew up following, and end his career in Boston, where he played college.

Gionta was particularly grateful to current New York Islanders general manager Lou Lamoriello, who held the same role in New Jersey, when the Devils selected him in the third round of the 1998 draft out of Boston College.

"The game was so much different back then, and a lot of people needed to believe in me," Gionta said. "So I appreciate the Devils, Lou Lamoriello, for his belief in me and giving me a chance to break into the league."