Tyler Seguin showed up in Dallas five years ago mired in a Twitter-fed mess and vowing to show fans he could be one of the faces of the only NHL franchise in Texas. 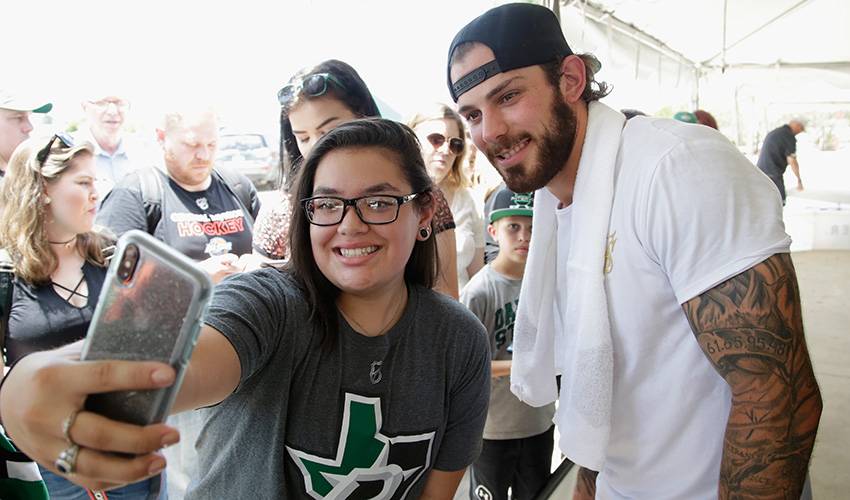 FRISCO, Texas — Tyler Seguin showed up in Dallas five years ago mired in a Twitter-fed mess and vowing to show fans he could be one of the faces of the only NHL franchise in Texas.

The high-scoring forward has nearly 80 million ways to prove he pulled it off.

The Stars avoided any lingering questions about the future of Seguin by signing the five-time All-Star to a $78.8 million, eight-year contract extension that goes through the 2026-27 season.

General manager Jim Nill announced the deal Thursday before the Stars flew to Boise, Idaho, for training camp. The team posted a Mario-inspired video on its Twitter account celebrating the news.

Without the extension, Seguin could have become an unrestricted free agent after this season, when he will make $6.5 million to wrap up his current $34.5 million, six-year contract.

"This was a growing up summer in a way," the 26-year-old Seguin said, about a month removed from expressing disappointment during a camp in Canada that the deal wasn't done.

"I had to actually to think about life decisions that before summer, I thought I was kind of still a kid at the end of the day. But I was thinking about things that I never thought about before. It kind of forced you to grow up a little bit even more."

Seguin was saying similar things in a different context in the summer of 2013 when Boston traded him to Dallas. His former GM had said Seguin needed to a "better pro," then an anti-gay comment was posted on his Twitter account two days after the trade.

While Seguin said his account had been hacked and he shut it down, he acknowledged even he wouldn't have believed the story he was telling. In the years since, he's back on Twitter, engaging fans and acquiring something of a "most eligible bachelor" label.

Even though the Stars have been hit-and-miss as a playoff team in Seguin's five seasons, Nill had no doubt he wanted captain Jamie Benn's prolific partner as part of a core that's locked up for several years. Alexander Radulov and John Klingberg are included in that mix.

"You don't find these guys on the Kmart shelf," Nill said. "He's an elite player. He's a ice man. He's got a great skill set. And he's been an elite scorer for a long time."

Nill noted Seguin's development as a two-way player in one season under now-retired coach Ken Hitchcock. Seguin played on the penalty kill for the first time in his career, giving Jim Montgomery more options with one of his best players in his first year as an NHL coach.

Hitchcock made a similar transformation with the original face of the franchise in Dallas: Hall of Famer Mike Modano.

"I think Hitch taught (Seguin) some of those things and I think (Seguin) has grown as a two-way player," Benn said. "Obviously, played a lot of PK last year taking big faceoffs. And got put into a bigger leadership role. If he can build off of that, that would be great."

The Bruins won the Stanley Cup when Seguin was a 19-year-old rookie in 2011. He spent two more seasons in Boston before the trade.

"With Jamie Benn and Tyler Seguin, I think our franchise is in good spot over the next eight or nine years," Nill said.

That's what the GM was hoping when he made the deal with Boston five years ago.