The Calgary Flames have locked up defenceman Noah Hanifin. 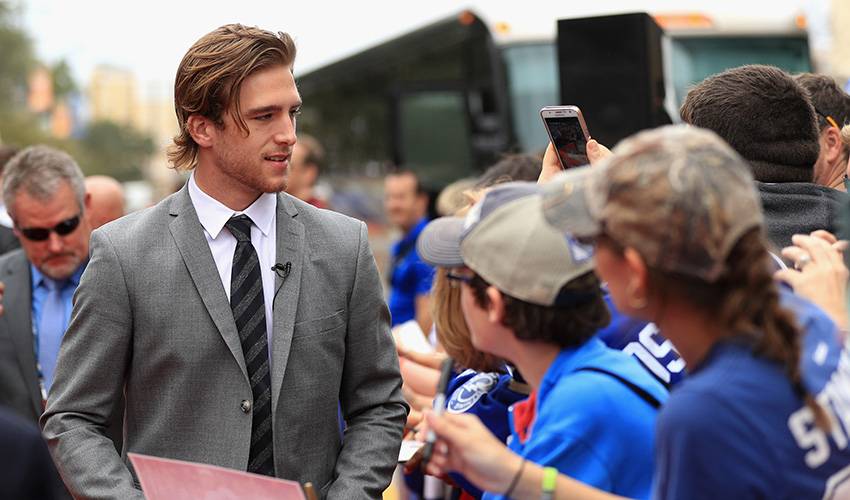 CALGARY — The Calgary Flames have locked up defenceman Noah Hanifin.

The club announced Thursday evening that they have signed the restricted free agent to a six-year contract with an annual average salary of US$4.95 million.

The 21-year-old was acquired by the Flames, along with forward Elias Lindholm, from the Carolina Hurricanes earlier this summer in exchange for defenceman Dougie Hamilton, forward Micheal Ferland and prospect Adam Fox.

The Boston, native was drafted fifth overall by the Hurricanes in the 2015 NHL Draft.

He scored 18 goals and 83 points in 239 games in his three seasons with Carolina — including career highs with 10 goals and 32 points last season.

Hanifin played for new Flames head coach Bill Peters when he was in Carolina.