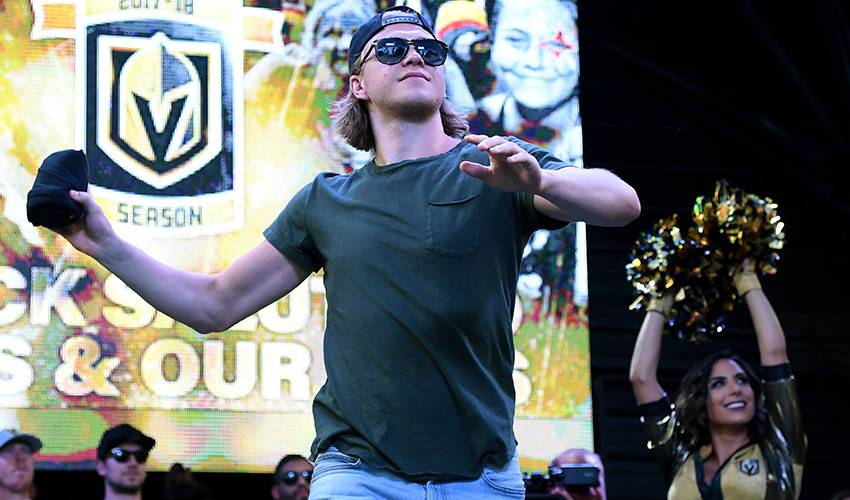 Karlsson shattered career highs with 43 goals, 35 assists and 48 points last season. He won the Lady Byng Award for sportsmanship and gentlemanly conduct with a high standard of play.

The 25-year-old Swedish native helped Vegas win the Pacific Division and reach the Stanley Cup Final. The Golden Knights selected Karlsson in the expansion draft in the summer of 2017 from the Columbus Blue Jackets after he had 25 points.