Goalie John Gibson has agreed to an eight-year, $51.2 million contract extension with the Anaheim Ducks. 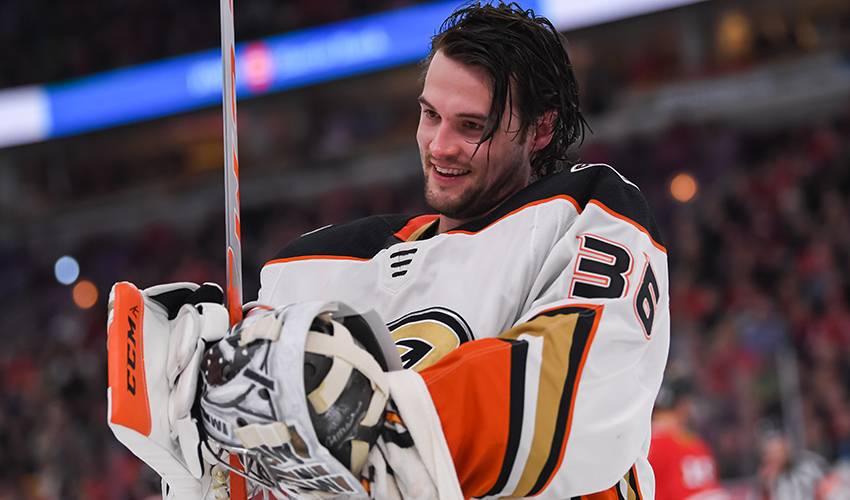 The team announced the deal Saturday. Gibson is signed through the 2026-27 season.

After breaking into the NHL in 2014, Gibson has been a steady starter for the Ducks for the past three years. He set career highs last season with 31 victories and a .926 save percentage while playing in 60 games.

The 25-year-old Gibson also has appeared in 26 playoff games over four campaigns with the Ducks.