Sens avoid arbitration with Stone, sign winger to a one-year deal worth US$7.35M

The Ottawa Senators have avoided arbitration with Mark Stone, signing the winger to a one-year deal worth US$7.35 million on Friday. 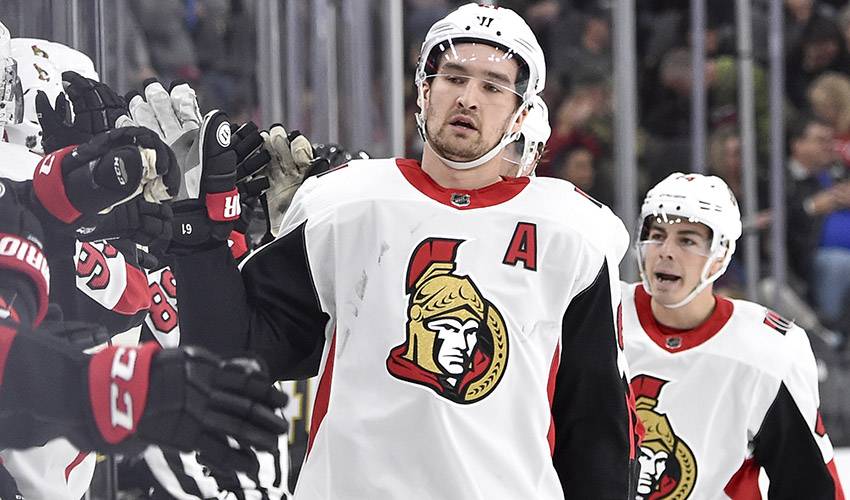 OTTAWA — The Ottawa Senators have avoided arbitration with Mark Stone, signing the winger to a one-year deal worth US$7.35 million on Friday.

The deal came just as the team and the restricted free agent were set to have a hearing to determine the player's contract for the 2018-19 season.

Stone had reportedly asked for $9 million in arbitration, while the team countered at $5 million.

The 26-year-old from Winnipeg, who can now become an unrestricted free agent next summer, tied for the Senators' lead with 62 points in just 58 games in a lost 2017-18 campaign as the club stumbled to a 30th-place finish.

"We're happy to have Mark under contract," Senators general manager Pierre Dorion said in a quote posted to the team's official Twitter feed. "Mark is a great leader in every sense; a character person, passionate competitor and a talented two-way player.

"Signing him is the first step in a process that allows us to continue to negotiate a long-term deal in the new year."

The Senators and defenceman Cody Ceci had an arbitration hearing on Wednesday, with the player reportedly asking for $6 million, and the club coming in at $3.35 million. A decision was expected later Friday.

Stone has scored at least 20 goals in each of his four full NHL seasons, and registered a career-high 42 assists last year.

Stone, who made $3.5 million in each of the last three seasons, also has five goals and eight assists in his 27 career playoff games.