The Buffalo Sabres acquired forward Jeff Skinner in a trade with the Carolina Hurricanes in a move that continues an off-season roster shake up for both teams. 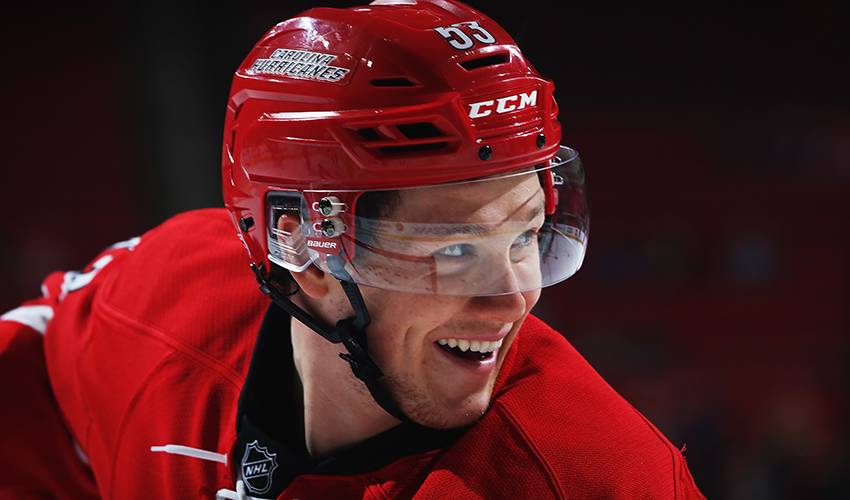 BUFFALO, N.Y. — The Buffalo Sabres acquired forward Jeff Skinner in a trade with the Carolina Hurricanes in a move that continues an roster shake up for both teams.

The Hurricanes acquired prospect forward Cliff Pu and three draft picks, including a second-round selection in 2019, in the trade completed Thursday night. The Hurricanes also acquired Buffalo's third- and sixth-round picks in the 2020 draft.

The 20-year-old Pu was the Sabres' third-round pick in the 2016 draft and completed his Canadian Junior eligibility this year.

Skinner is an eight-year NHL veteran and was the NHL's rookie of the year in 2011. He's a three-time 30 goal-scorer and coming off a season in which he had 24 goals and 49 points in 82 games.

The Sabres are retooling their roster after finishing last for the third time in five seasons. Buffalo traded forward Ryan O'Reilly in a multi-player deal with St. Louis last month.

The Hurricanes, in June, acquired Dougie Hamilton and Michael Ferland in a trade that sent Noah Hanifin and forward Elias Lindholm to Calgary. Carolina has missed the playoffs for nine straight seasons — the NHL's longest active drought.