An abitrator has awarded Jacob Trouba a one-year, US$5.5-million contract for the 2018-19 season. 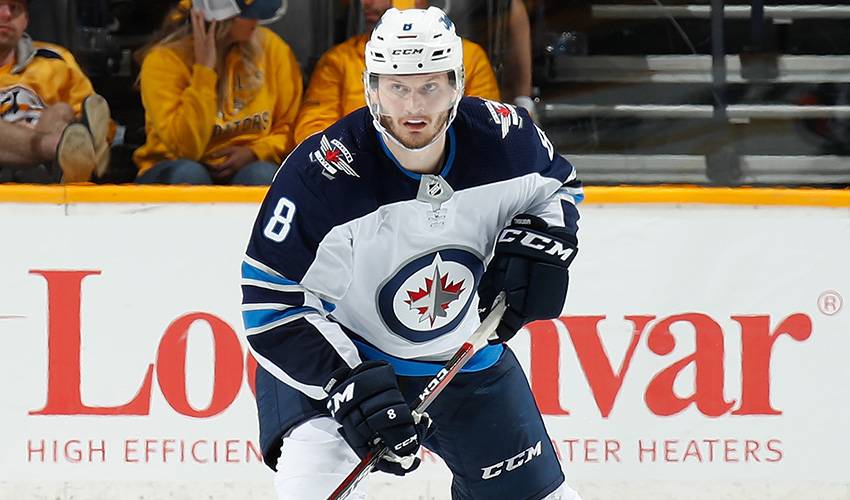 Winnipeg has 48 hours to accept the ruling or turn it down and make Trouba an unrestricted free agent.

Trouba, 24, was one of five restricted free agents on the Jets to file for arbitration earlier this month, including Connor Hellebuyck, Adam Lowry, Brandon Tanev and Marko Dano.

The native of Rochester, Mich., had a hearing in Toronto on Friday.

Trouba had 24 points during an injury plagued campaign with the Jets last season.

The six-foot-three, 202-pound defenceman scored a career-high 33 points in 60 games during 2016-17. He sat out training camp and the start of the season over a dispute with the team, before signing a two-year, $6-million contract that expired on July 1.

Trouba was the Jets' first-round pick at ninth overall in the 2012 NHL Draft.

Winnipeg has arbitration hearings pending with Tanev and Dano next week. The team re-signed Lowry to a three-year, $8.75-million contract and Hellebuyck to a six-year, $37-million deal.