Forward Chris Tierney has re-signed with the San Jose Sharks following a season in which he set career highs in nearly every major statistical category. 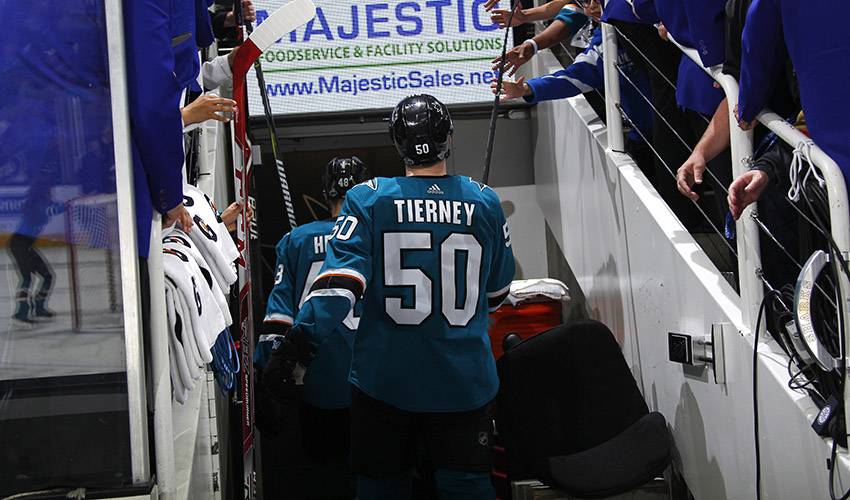 SAN JOSE, Calif. — Forward Chris Tierney has re-signed with the San Jose Sharks following a season in which he set career highs in nearly every major statistical category.

The Sharks did not disclose the terms of the two-year deal announced Wednesday.

"Chris had his best season as a professional last year and stepped up his level of play in multiple areas," general manager Doug Wilson said. "We've always known he was a responsible, defensive-minded player, but he took his offensive game to the next tier and showed that he can be a productive player in all three zones."

The 24-year-old Tierney recorded 17 goals and 23 assists last season and was one of only three players to play in all 82 games with the Sharks. He ranked fifth on the team in goals and tied for fifth in points. He had two assists in 10 playoff games.