The Nashville Predators have signed restricted free-agent forward Ryan Hartman to a one-year contract worth $875,000. 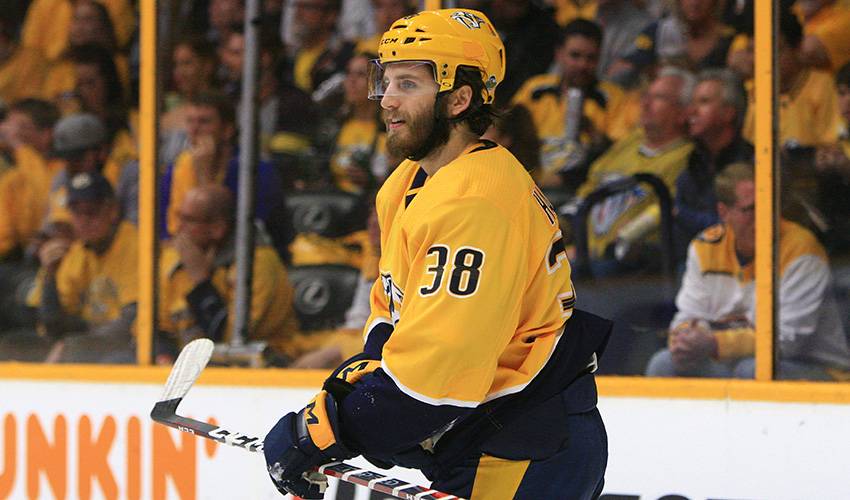 NASHVILLE — The Nashville Predators have signed restricted free-agent forward Ryan Hartman to a one-year contract worth $875,000.

The Predators acquired Hartman in a Feb. 26 trade with the Chicago Blackhawks. Hartman had a combined 11 goals and 20 assists in 78 regular-season games with the Blackhawks and Predators in 2017-18.

Hartman, 23, also had two goals and an assist in nine playoff games with the Predators.

We learn why the Hartman household couldn't finish their basement as Ryan Hartman gets nostalgic discussing a Chicago Blackhawks feature he recently took part in, by meeting kids throughout the Windy City and playing pick-up hockey.