The New York Islanders agreed to a one-year deal with free-agent forward Tom Kuhnhackl on Monday. 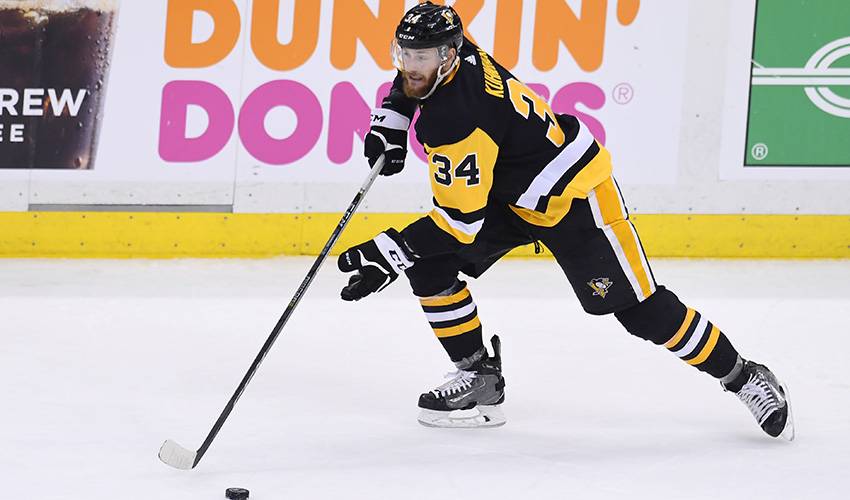 The 26-year-old right wing had four goals and 12 assists in 57 games for Pittsburgh last season. He has 11 goals and 28 assists in 168 career games over three seasons — all with the Penguins.

Kuhnhackl, who was on Pittsburgh's Stanley Cup-winning teams in 2016 and 2017, also has three goals and four assists in 47 career playoff games.

The Islanders also announced they had agreed to two-year, two-way contracts with goalie Christopher Gibson and Seth Helgeson, and a one-year, two-way deal with right wing Mike Sislo. Left wing Mike Lorrito agreed to a two-year contract that is two-way in the first season and NHL only for the second.

Gibson is 3-4-3 with a 3.57 goals-against average in 12 career NHL games with the Islanders. The 25-year-old native of Finland was 2-3-2 in eight games in New York last season, including a 50-save shutout against Calgary on March 11.

The 27-year-old Helgeson has one goal and three assists in 50 NHL games with New Jersey.

Lorito, 27, made his NHL debut with Detroit last season and had one assist in two games.