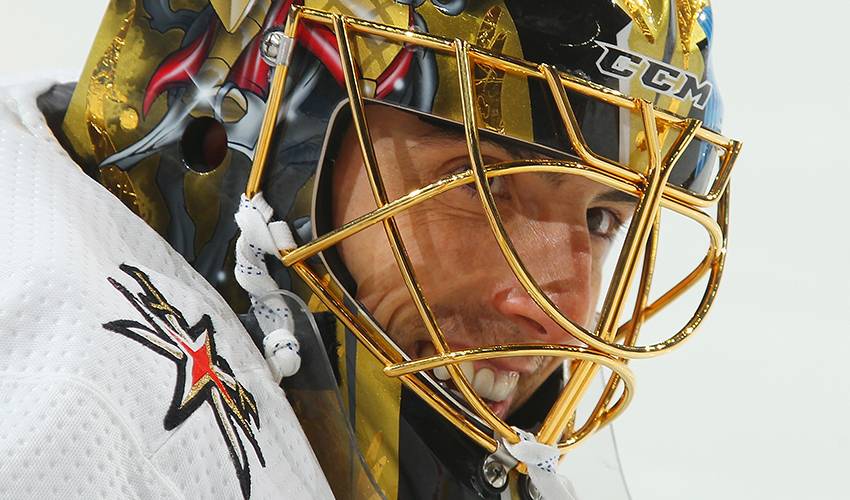 DETROIT — The Vegas Golden Knights turned their expansion season into a special one by making a lot of good decisions.

No one outside the organization expected the Pacific Division-leading Golden Knights to be this good so fast. With less than a month left in the regular season, they easily have the largest divisional lead and are chasing Nashville for the most points in the Western Conference.

The odds are not long that Vegas could hoist the Stanley Cup.

"The expectations weren't high, but we all thought we could be better and we showed it," Fleury said after his 47th career shutout, a 4-0 win in Detroit. "Sometimes earlier in the season, I would wonder, 'Wow. Are we really still in that position?' And, we kept winning and holding strong in the standings."

Fleury has a lot to do the startling success.

Pittsburgh left him unprotected in the expansion draft after he waived his no-movement clause, allowing the Penguins to keep 23-year-old Matt Murray after he led the franchise to its second straight Stanley Cup championship.

"I had a good idea it was going to happen, but you're never sure until your name is called," Fleury said. "I was still in a shock for me and my family. But the organization in Vegas from the staff, the coaches, the GM, the owner, was very welcoming and helped us with the transition."

The Penguins even gave Vegas a second-round pick in 2020 to take Fleury, who had two years and more than $11 million left on his contract. He has provided a return on the investment.

"The fit has been perfect," Golden Knights general manager George McPhee said. "His leadership was something we wanted for our locker room."

Fleury ranks among the league leaders with career bests in goals-against average (2.15) and save percentage (.930). He also became a three-time All-Star this season.

"I feel pretty good, but my teammates have been good in front of me," he said. "By blocking shots and clearing rebounds away, that makes me look better."

"At the start of the year, he was our best player," Vegas forward David Perron said. "When he got hurt, we found out we had a really good team because we kept winning. Then, we got him back and we took another step and we haven't stopped."

Boston at Tampa Bay on Saturday night, the second of their four scheduled games. The winner of the season series increasing their chance at securing the Presidents' Trophy for having the most points in the NHL and earning home-ice advantage through the playoffs. In the first matchup on Nov. 29, Brad Marchand had two assists in the first period and the Bruins scored the first three goals in a 3-2 win at home over the Lightning.