The NHL has no regrets about not sending its players to the 2018 Winter Olympic Games, says commissioner Gary Bettman. 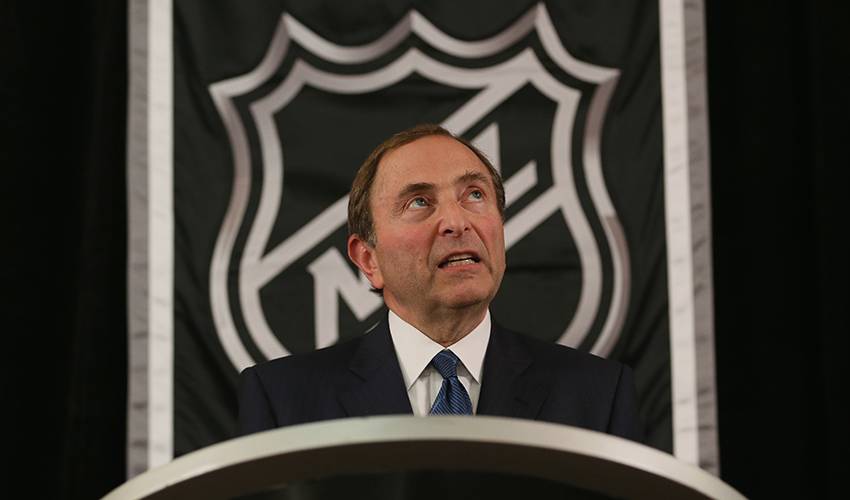 VANCOUVER — The NHL has no regrets about not sending its players to the 2018 Winter Olympic Games, says commissioner Gary Bettman.

"We've very comfortable with the decision we made as a league," Bettman said Wednesday.

The NHL announced in April it would not participate in the Pyeongchang Games. It was the first time in five Winter Olympics where the world's best hockey players didn't play.

Not having players in South Korea meant there was no "disruption to our season," said Bettman. It also ensured players remained healthy for the run to the playoffs.

"The fact our teams would have come back in varying conditions, some teams more banged up and tired than teams where there weren't that many players at the Olympics, we're very comfortable with it," he said.

Canada's men's hockey team, a collection of former NHL players mostly playing in Europe, won bronze at the Olympics. The team from Russia defeated Germany in overtime of the gold medal game.

"The tournament was entertaining," said Bettman. "The hockey was not best on best. I think the gold medal game was exciting.

"Based on the overall reaction that these Olympics got, I think we were justified in our decision and comfortable it was the right decision."

Bettman didn't want to speculate if the NHL would return for the 2022 Games.

"I'm not in a position to predict," he said. "The fact is, even in four years the issue of disruption of our season will be there. It's not something we are focused on right now."

Bettman was in Vancouver to announce the Canucks will host the 2019 NHL draft. The two-day event, scheduled for June 21-22, will be part of the team's 50th anniversary season.

The draft is expected to have an economic impact of between $8 million and $10 million, Bettman said.

Vancouver has hosted the draft twice, in 2006 and 1990 when it was held at BC Place Stadium.

Bettman was asked about the success of the first-year Vegas Golden Knights and if the proposed new team in Seattle would enjoy the same generous expansion draft.

"We would anticipate that the terms of the expansion draft for a 32nd team would be the same as they were for Las Vegas," said Bettman. "My guess is the perspective owners of a 32nd team wouldn't want to have terms any different than what Las Vegas got, especially because they are going to be paying more."

A Seattle group led by billionaire David Bonderman and filmmaker Jerry Bruckheimer have submitted an expansion application to the NHL. The expansion fee is expected to be around US$650 million.

In the Las Vegas expansion draft, each team could protect seven forwards, three defencemen, and one goaltender or one goaltender and eight skaters regardless of position.

That was different than in the 2000 expansion draft for Minnesota Wild and Columbus Blue Jackets. Then each team protect nine forwards, five defencemen, and one goalie, or two goalies, three defencemen, and seven forwards.

Vegas has been the surprise of the NHL season. Heading into Wednesday night's play the Golden Kings had a 41-17-5 record for 87 points, leaving them tied with Nashville for second place overall.

The quality of players the Vegas franchise selected isn't the only reason for the team' success, said Bettman. He said the team was able to connect with the community following the Oct. 17 shooting that left 58 people dead and 851 injured.

"What is going on in Las Vegas is a phenomenon," said Bettman. "There are probably a whole host of factors, some of them are emotional.

"This is a team that came into being in the wake of a tragedy. I think on some level the players are playing for some greater cause. Unity, healing, you name it. I think you see it in the way the players have conducted themselves and the way the city has embraced this team."

Asked about the U.S. women's win over Canada at the Olympics, Bettman said the NHL supports growth in the women's game.

"We are going to let the landscape sort itself out," said Bettman. "If those two leagues didn't exist, we would probably start our own women's league to work in conjunction with our existing clubs.

"There isn't enough talent for three leagues right now and we're not looking to get into a competition with the two women's leagues. If at some point they both want to work with us in ways we haven't been able to so far, we are open to that conversation."