Connor McDavid scored four times and added an assist as the Edmonton Oilers knocked off the top team in the NHL, defeating the Tampa Bay Lightning 6-2 on Monday. 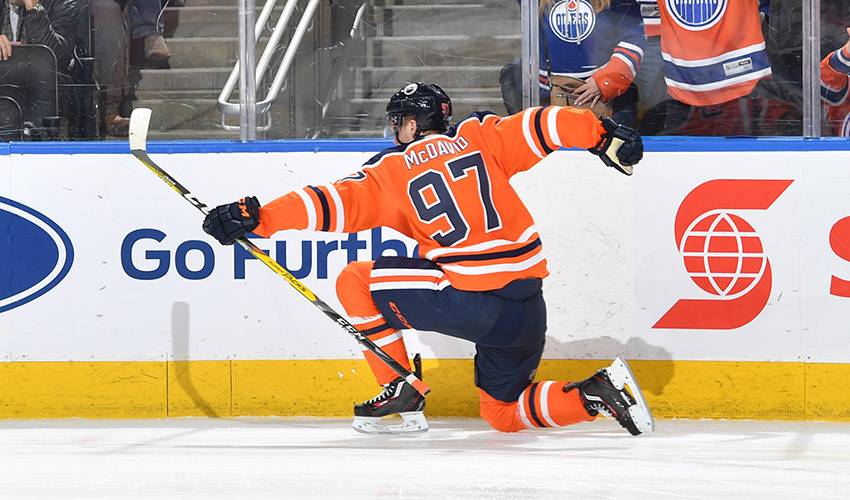 EDMONTON — Connor McDavid scored four times and added an assist as the Edmonton Oilers knocked off the top team in the NHL, defeating the Tampa Bay Lightning 6-2 on Monday.

Leon Draisaitl and Iiro Pakarinen also scored for the Oilers (23-24-4), who have gone 5-1-1 in their last seven games.

Alex Killorn and Yanni Gourde replied for the Lightning (36-14-3), who lost for just the third time during their eight-game road trip, which concluded in Edmonton.

McDavid opened the scoring just 1:48 into the first with a rare power-play goal. He deftly tipped a Ryan Strome point shot past Lightning goalie Andrei Vasilevskiy. Edmonton was 0 for 17 in their previous eight games with the man advantage

Tampa Bay tied the game up midway through the first period when Oilers defender Darnell Nurse was unable to clear a bouncing puck in front and Killorn was able send his eighth of the season past Edmonton goalie Cam Talbot.

The Oilers got another power-play goal with three minutes to play in the first, as Strome sent a pass through the crease that was sent home by Draisaitl.

Early in the second, Draisaitl made a nice touch pass to send in McDavid, who put the puck up high from an improbable angle.

The Oilers extended their lead with seven minutes to play in the middle period as Pakarinen elected to shoot on a two-on-one, scoring his first of the season.

Louis Domingue came in to start the third in the Tampa net, and the Lightning responded with a quick power-play goal, with Gourde chipping in his own rebound for his 19th.

McDavid got his third goal of the game and 20th of the season seven minutes into the third on a breakaway, prompting a blizzard of hats on the ice.

The Oilers captain was awarded his fourth goal with six minutes left, as he was the last player to touch the puck before Lightning forward Chris Kunitz inadvertently put it into his own net.

Notes: It was the first of two meetings between the two teams this season. Edmonton was the only team that Tampa Bay had yet to face this season.