The curtain appears to have dropped on one of the finest careers in National Hockey League history. 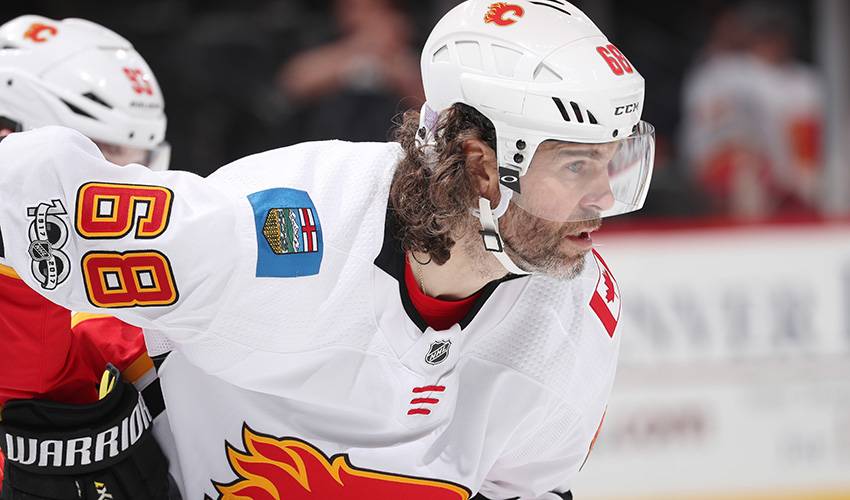 CALGARY — The curtain appears to have dropped on one of the finest careers in National Hockey League history.

On Monday, the Calgary Flames cut ties with Jaromir Jagr, assigning the veteran forward to HC Kladno of the Czech 1 Liga in the Czech Republic.

"There were certainly some glimpses of what he could do, but we weren't able to sustain it enough," said Flames general manager Brad Treliving. "There was a lot of stops and starts (in his performance) and he really couldn't build a base.

Jagr, who turns 46 on Feb. 15, cleared waivers Monday, a day after being waived by the Flames.

"Although I am very disappointed that things did not turn out as we had hoped due to a number of circumstances," Jagr, a Kladno native, said in a statement. "I am deeply grateful to the Flames, the fans and the city of Calgary for having welcomed me so generously.

"I now look forward to continuing the season in Kladno."

"It's astronomical, it's nuts to think of those numbers that he put up," said Flames defenceman Travis Hamonic. "But the craziest statistic is his age."

With the Flames, however, production had been relatively minimal for the six-foot-three 230-pound Jagr (one goal, six assists in 22 games). Yet Jagr's impact was felt in the dressing room.

"He's a legend in the game and a guy I've looked up to my whole life," said Flames centre Sean Monahan. "Getting to meet him and know him as a person, and (see) the way he prepares and treats the game of hockey was pretty special.

"We all learned something from him."

Looking for offensive punch on the right side, the Flames signed Jagr on Oct. 4 _ opening day of the regular season _  to a one-year, US$1-million deal. Calgary marked Jagr's first Canadian stop and ninth NHL team overall.

"It was a short time and, in a lot of ways, it was a perfect storm that worked against him … not being able to have a training camp, then dealing with some injuries," Treliving said. "But having said all that, we don't regret the experience, we don't regret the decision to bring him here.

"We thank him and I think we're better for the experience of having had him."

Jagr's final point was an even-strength assist on Mark Jankowski's game-opening goal in a 3-0 triumph Nov. 30 against the Arizona Coyotes.

"We all know he was struggling with (an injury) here," said Flames winger Michael Frolik, who's also from Kladno. "He was always healthy in his career, so it was something new for him.

"It definitely sucks, but we'll see what happens. The motivation (to return) is still there, I think."

At the 1990 NHL draft, Jagr was selected fifth overall _ behind Owen Nolan, Petr Nedved, Keith Primeau, Mike Ricci _ by the Pittsburgh Penguins, with whom he won two Stanley Cups (1991, 1992).

But conditioning, as much producing, came to be his calling card.

On Sunday night, the night before his departure from the NHL, Jagr could be found working out at Flames headquarters.

"The bike was smoking by the time he got off it," said Calgary coach Glen Gulutzan. "Hopefully, things get going for him, health-wise."