Players placed on IR must sit out a minimum of seven days, but this injury will almost certainly end Pacioretty's season. 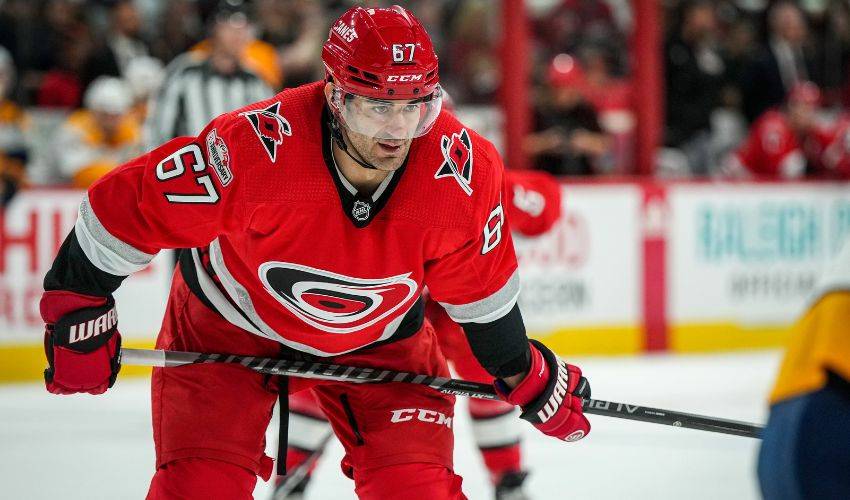 Pacioretty was placed on injured reserve after he was hurt late in the third quarter of Thursday night's win over Minnesota.

Players placed on IR must sit out a minimum of seven days, but this injury will almost certainly end Pacioretty's season. The 34-year-old had surgery over the summer after the initial tear of his right Achilles tendon.

Pacioretty went down with 19.3 seconds left in the game while he had control of the puck near the goal and the boards. He pulled up as he tried to change directions and grabbed at the back of his lower right leg.

He had to be helped to the locker room while putting no weight on the leg.

“Not in very good spirits, as you know,” coach Rod Brind'Amour said of Pacioretty on Friday. “He’s getting checked out today. ... It's kind of what you would expect.”

The Hurricanes acquired Pacioretty from Vegas in a July trade in hopes of him filling a need as a wing scoring option. He made his season debut on Jan. 5 and played five games for Carolina, scoring three goals.