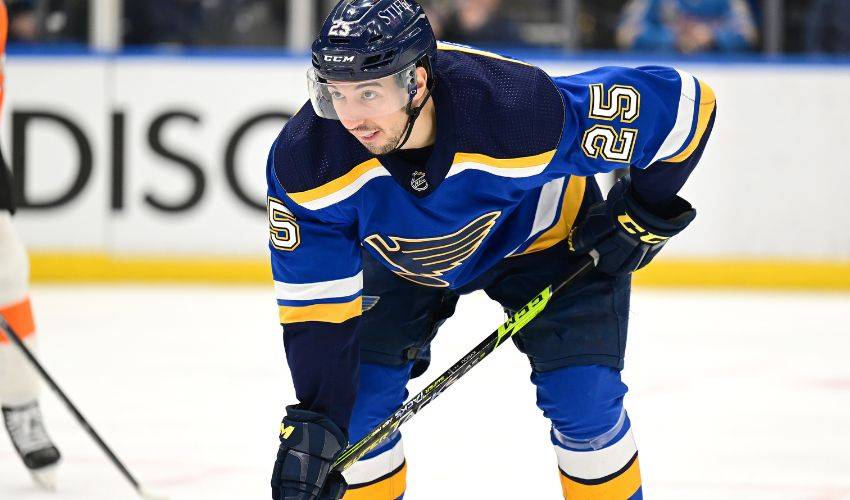 The St. Louis Blues have signed forward Jordan Kyrou to an eight-year contract extension worth $65 million, the organization's latest move to keep its top young players in the fold long term.

General manager Doug Armstrong announced the deal Tuesday, two months to the day since the Blues extended forward Robert Thomas for the identical contract terms. Each player counts $8.125 million against the salary cap from the start of the deal in 2023 through 2031.

Kyrou set career highs with 27 goals, 48 assists and 75 points in 74 games last season. He had 47 points in his first 99 NHL regular-season games.

Thomas is 23, while Kyrou is 24. St. Louis also has top four defensemen Colton Parayko, Torey Krug, Justin Faulk and Nicky Leddy signed for at least the next four seasons, and center Brayden Schenn is under contract for six more years.

Armstrong has reshaped the Blues since they won the Stanley Cup in 2019, the first championship in franchise history. Cup-winning goaltender Jordan Binnington signed long term, while then-captain Alex Pietrangelo left in free agency in 2020.

Two big questions still face the front office with key members of that title-winning team: Top center Ryan O'Reilly and winger Vladimir Tarasenko are each set to be a free agent after this upcoming season. O'Reilly figures to be part of the long-term core, something that's far less certain with Tarasenko, who requested a trade in the summer of 2021 but remains with St. Louis.