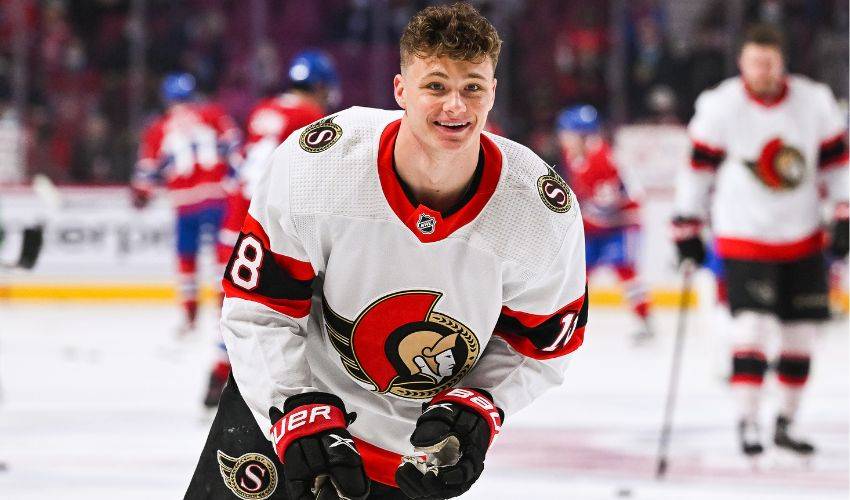 OTTAWA — The Ottawa Senators have locked up another one of their young guns.

The deal, which carries an average annual value of $8.35 million and kicks in following the 2022-23 campaign, is the latest move by general manager Pierre Dorion to solidify Ottawa's core.

Selected third overall at the 2020 draft with the pick received in the Erik Karlsson trade with the San Jose Sharks, Stutzle has registered 34 goals and 87 points in 132 career NHL games.

"Tim is a dynamic offensive player who utilizes an exceptional blend of speed and skill to be a consistent difference maker," Dorion said in a release. "He's electrifying and has quickly become a fan favourite for good reason."

Ottawa, which has failed to make the playoffs since reaching the 2017 Eastern Conference final and has gone through a painful rebuild, made waves earlier this summer by snagging sniper Alex DeBrincat in a trade the Chicago Blackhawks and signing veteran forward Claude Giroux in free agency.

The Senators, who finished with 73 points last season, also dealt underperforming goaltender Matt Murray to the Toronto Maple Leafs before acquiring Cam Talbot from the Minnesota Wild as his replacement.

This report by The Canadian Press was first published Sept. 7, 2022.