The Dallas Stars signed Jake Oettinger to a $12 million contract, securing the goaltender whose 64 saves in Game 7 of the playoffs. 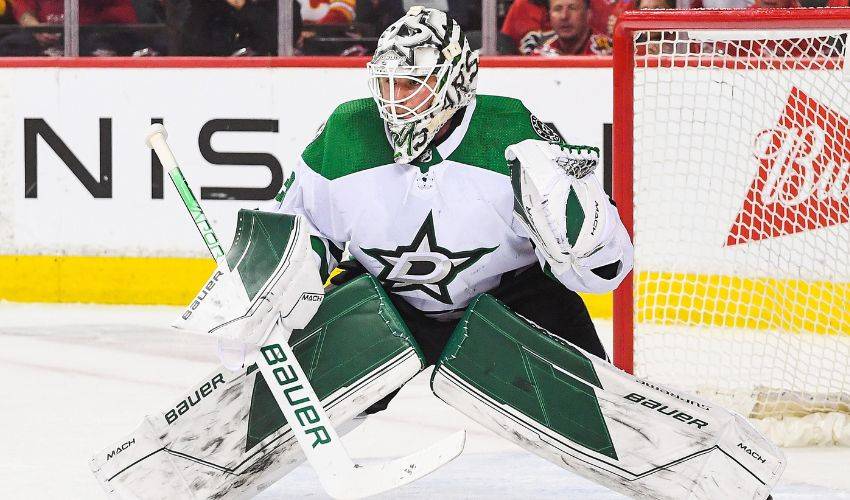 The Dallas Stars signed Jake Oettinger to a $12 million, three-year contract on Thursday, securing the young goaltender whose 64 saves in Game 7 of the playoffs capped the season in which he became the team's starter.

Even after beginning last season in the minors with several veteran goalies also on the Stars roster, the 23-year-old Oettinger had a 30-15-1 record for them during the regular season. The 64 saves in the finale against Calgary were among 272 he had over the seven games before Johnny Gaudreau’s overtime goal for the Flames ended the first-round series.

“Jake’s performance spoke for itself last season,” Stars general manager Jim Nill said. “He has elite physical ability and presence in the net, while also exhibiting phenomenal mental strength in high pressure situations. Jake’s poise and character off the ice have made him a leader in our locker room. He has shown that he has the skill, work ethic and poise to excel at the NHL level."

Jason Robertson, only the fourth Dallas skater with a 40-goal season, was the team's only restricted free agent still unsigned after Oettinger's deal got done.

The 6-foot-5, 220-pound Oettinger ranked 10th in the NHL last season with a 2.53 goals-against average, and also had a .914 save percentage. He set a single-season franchise record for the fewest games to reach his 25th victory, doing so in his 40th appearance.

The 26th overall pick in the 2017 draft, Oettinger made his NHL debut during the 2020 playoffs. He took over for Anton Khudobin during Game 1 of the Western Conference final, and again in Game 2 of the Stanley Cup Final that the Stars lost to Tampa Bay in six games.

After appearing in 29 games for the Stars as a rookie in 2020-21, Oettinger began last season back in the minors. But he took full advantage of his opportunity after injuries to Khudobin (hip) and Braden Holtby (lower body), and veteran Ben Bishop having to end his playing career because of a degenerative knee issue.

“A phenomenal young goalie," Stars captain Jamie Benn said after last season. “He’s going to be great for this organization for a long time.”

The Stars earlier this summer re-signed goalie Scott Wedgewood to a $2 million, two-year contract. He was 3-1-3 with a 3.05 goals-against average as Oettinger’s backup after getting traded from Arizona.