From Finland, the 23-year-old was selected by Buffalo in the second-round of the 2017 draft. 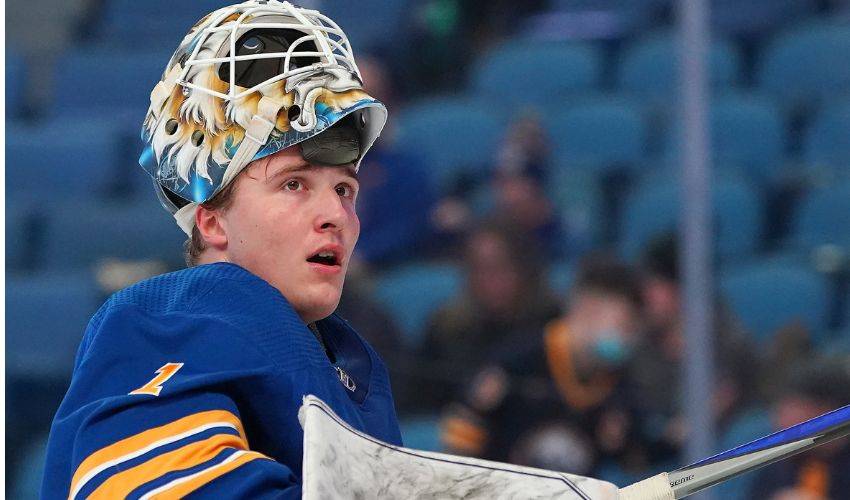 BUFFALO, N.Y. (AP) — The Buffalo Sabres are providing Ukko-Pekka Luukkonen two more years to develop into an NHL starter after signing the goalie to a $1,675,000 contract Wednesday.

Luukkonen was a restricted free agent, who has spent most of the past two seasons in minors. He has a 3-8-2 career NHL record, including going 2-5-2 last season.

From Finland, the 23-year-old was selected by Buffalo in the second-round of the 2017 draft.

Luukkonen is projected to open this season in the minors after the Sabres re-signed Craig Anderson to a one-year contract, and signed former Winnipeg Jets backup Eric Comrie to a two-year contact in free agency this summer.

Luukkonen has had a spotty record in going 15-14-6 and a .900 save percentage with AHL Rochester last season. Once considered the heir-apparent to the starting job, Luukkonen has been surpassed on the Sabres' organizational depth chart by Devon Levi, who elected to return for his junior season at Northeastern.

Levi is coming off a year in which he went 20-13-1 with a school-record 10 shutouts, and named a finalist as college hockey’s top goalie.