The San Jose Sharks have traded goalie Adin Hill to the division rival Vegas Golden Knights for a 2024 fourth-round pick. 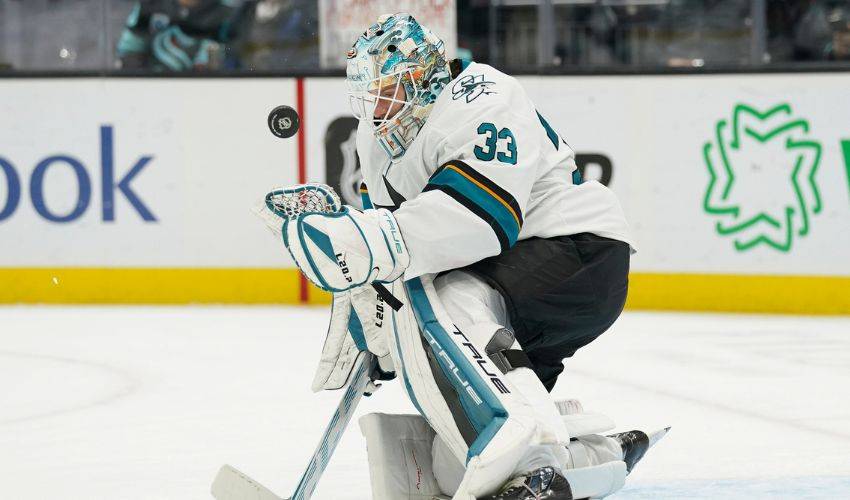 The Sharks had a glut at goalie with James Reimer and Kaapo Kahkonen slated to be the top two options, leading to the decision to trade Hill on Monday after one season in San Jose.

“We have significantly increased our organizational depth at the goaltending position over the last six months,” general manager Mike Grier said. “This trade provides an opportunity for Adin to compete for playing time, while adding another asset that our organization can use in the future. We wish Adin the best in Vegas.”

The Knights were looking for goaltending help with Robin Lehner expected to miss the entire season because of hip surgery.

With backup Laurent Brossoit’s status also is uncertain after he had hip surgery during the offseason, the Golden Knights were left with a potential goalie tandem of the inexperienced Logan Thompson and journeyman Michael Hutchinson before adding Hill to the mix.