Trouba is one of three defensemen currently serving as captain in the NHL, joining Jared Spurgeon (Minnesota) and Roman Josi (Nashville). 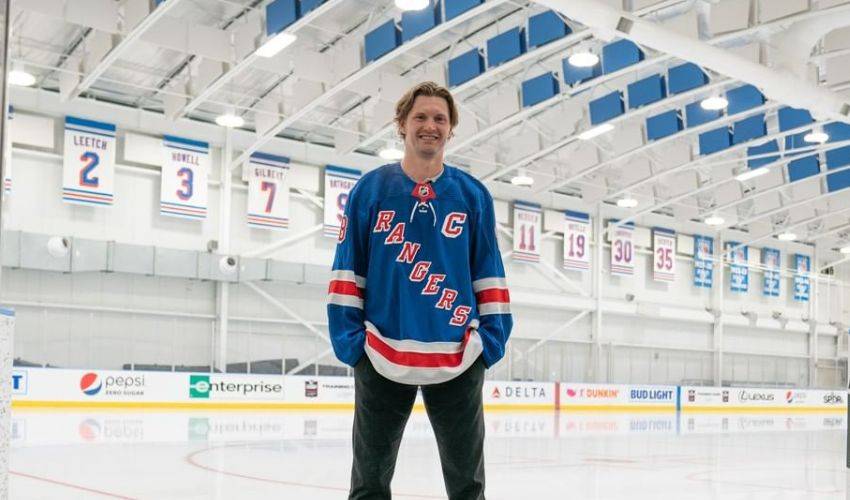 Rangers president and general manager Chris Drury announced the selection in a news release Tuesday morning, and the team held a news conference with Drury, Trouba and coach Gerard Gallant at the team's practice facility in Greenburgh, New York, in the afternoon.

Trouba, a first-round selection by Winnipeg in the 2012 draft, was acquired from the Jets on June 17, 2019. He has totaled 20 goals and 58 assists in 189 games over the last three seasons with the Rangers.

“Anyone that has been around our team for the last few seasons I think certainly understands the impact Jacob has had on our group, day to day, day in, day out, on ice, off ice, game days or practice days,” Drury said. “He's a terrific leader and we think he'll be a great Rangers captain for years to come.”

The 28-year-old, an alternate captain the last two seasons, is the 28th captain in franchise history, and the first since Ryan McDonagh was traded in 2018.

“It was just the right time,” Drury said. “Jake was basically doing the job for at least a couple of seasons and we just felt like it was appropriate and now's the time, and we're excited to see the ‘C’ on him.”

Trouba is one of three defensemen currently serving as captain in the NHL, joining Jared Spurgeon (Minnesota) and Roman Josi (Nashville). He is the 12th defenseman to serve as captain in franchise history.

“I believe in this group and the group of players we have and I'm just really grateful for this opportunity and look forward to leading this team," Trouba said.

“We had a group of core leaders and if anybody had an issue, or wanted to talk, we would meet, call a meeting and discuss it and figure out how you want to address it,” Trouba said. “That's going to have to continue going forward. I think all of our leadership group has different strengths, different qualities, different relationships with other players and people, and we use each other as well as we can to navigate through every situation.”

Last season, he had a career-high 11 goals, 28 assists and a career-best plus-minus rating of plus-25 in 81 games. Trouba had 177 blocked shots, the second-most in the NHL, and was the only player in the league with more than 175 blocks and more than 200 hits. He also had a goal and four assists over 20 games in the Rangers' run to the Eastern Conference Final.

For his career, he has 62 goals and 195 assists in 597 games over nine seasons with the Jets and Rangers.