Kapanen has 63 goals and 89 assists in 321 games with Pittsburgh and Toronto. 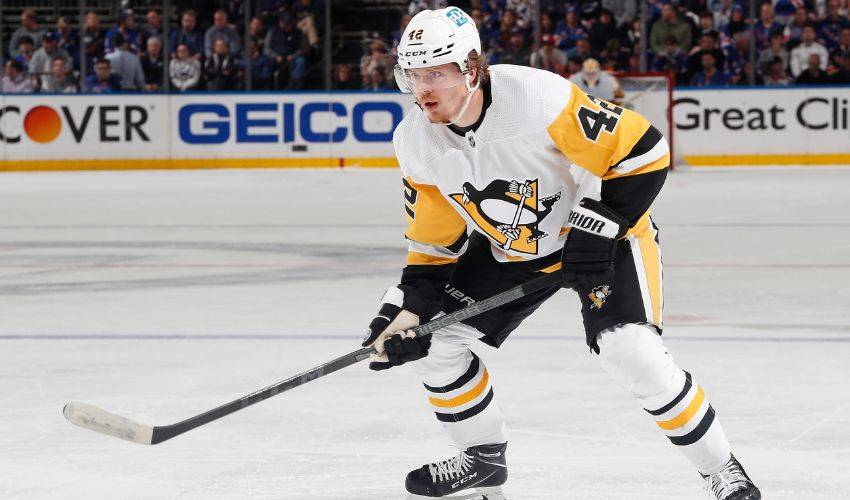 PITTSBURGH (AP) — The Pittsburgh Penguins avoided arbitration with forward Kasperi Kapanen, re-signing him to a two-year deal with an average annual value of $3.2 million.

The deal, announced Thursday, keeps the former first-round pick at the same salary level as the three-year deal that expired at the end of the regular season.

Kapanen was wildly inconsistent last season, scoring 11 goals to go with 21 assists in 79 games. His goal total marked the lowest of Kapanen's career in a non-pandemic shortened season.

Kapanen, who turns 26 this weekend, called last season the “worst” of his professional career. The re-signing indicates Pittsburgh's management views the dip in his production as an anomaly.

Kapanen has 63 goals and 89 assists in 321 games with Pittsburgh and Toronto. He has added five goals and eight assists in 38 playoff games.