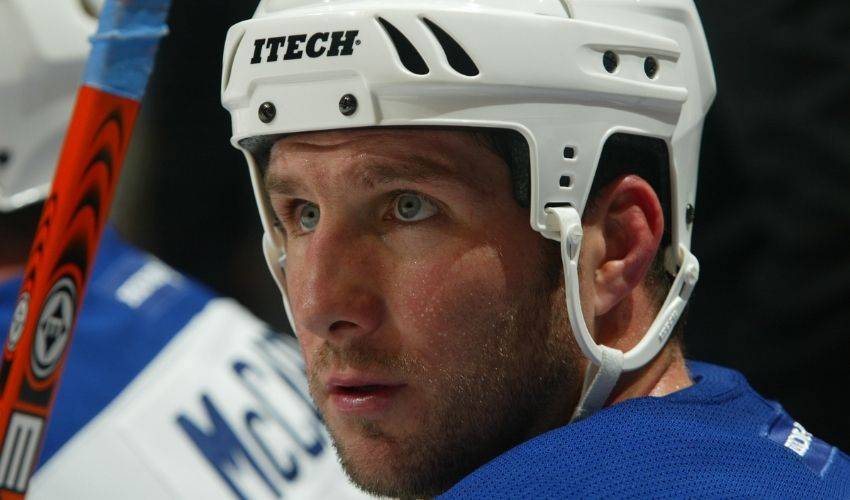 Longtime agent Rick Curran confirmed Marchment’s death to The Associated Press. Marchment was attending the NHL draft in Montreal as a scout for the San Jose Sharks.

A cause of death was not immediately available.

“It’s a sad day for for me personally, a very sad day for our organization,” said Mike Grier, who was named Sharks general manager on Tuesday. “He meant a lot to a lot of people in our organization, our players, our staff —anyone who knew Brian, the type of man he was. He was just an honest, a down-to-earth, loving person who just cared about everyone. He had time for everyone in the building. Anyone he came across, he had time for. ”

Marchment played parts of 17 NHL seasons from 1989-2006 with Winnipeg, Chicago, Hartford, Edmonton, Tampa Bay, San Jose, Colorado, Toronto and Calgary. The Toronto native had been working in scouting and other roles for the Sharks and their American Hockey League affiliate since 2007.

The NHL and NHL Alumni Association offered their condolences in statements released Wednesday afternoon. News of Marchment's death reached GMs while they were attending their annual meeting at the draft.

Grier played with Marchment with the Oilers and said Marchment was quick to treat him with respect and make him feel at home..

“If I ever needed anything, whether it was a home-cooked dinner instead of eating out every day, he and (wife) Kim would have me over," Grier said. “So, it's a very difficult day.”

Grier praised Marchment as a hard worker and said members of San Jose's staff would carry on with their responsibilities at the draft with heavy hearts.

Marchment was known for playing with an edge, and sometimes going over it. He is 31st overall in career NHL penalty minutes with 2,307. He was suspended 13 times by the league in his first 12 NHL seasons.

Maple Leafs forward Mike Gartner suffered a partly collapsed lung in a collision with Marchment, then with the Oilers during a 1996 game in Edmonton. Gartner had to return to Toronto by train because changes in air pressure could hurt his lung.

According to a New York Times article after the game, Marchment said his hit on Gartner was "payback time" for a past fight.

Some tributes on social media after news of his death circulated described Marchment's softer side off the ice. Christina Marleau, the wife of longtime Sharks captain Patrick Marleau, posted that Marchment had introduced the couple "and would remind us each time we saw him."

"The world really lost a good man today," she said.

Marchment is survived by wife Kim, son Mason, a forward with the Florida Panthers, and daughter Logan.