Driedger was injured while playing for Canada against Finland in the title game of the world championships. 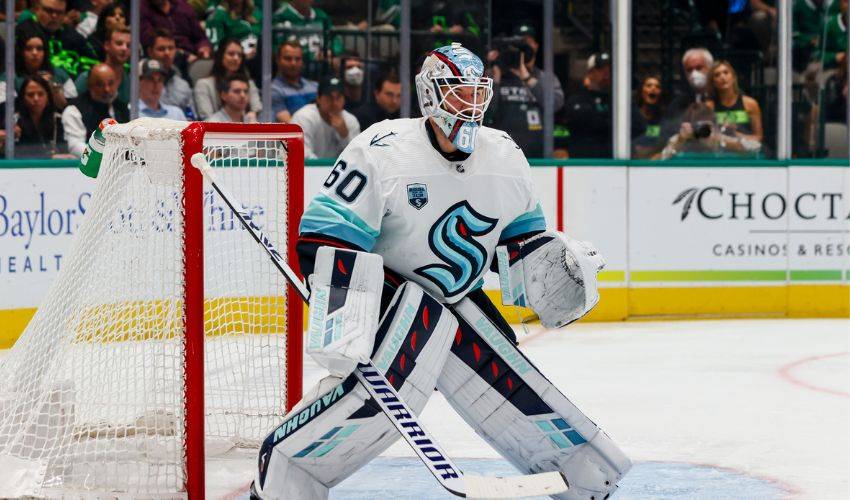 SEATTLE (AP) — The Seattle Kraken will be without goalie Chris Driedger for most of next season after he underwent surgery to repair a torn ACL in his right knee, the team said Tuesday.

Driedger was injured while playing for Canada against Finland in the title game of the world championships. He had surgery on Monday.

Driedger had a rocky first season with the Kraken due to injuries and inconsistency. He played in 27 games and had a 2.96 goals against average and an .899 save percentage, both the worst marks of his career. Driedger signed a three-year, $10.5 million deal with the Kraken last offseason.

With Driedger expected to miss at least seven months, the Kraken currently have only two healthy goalies on their roster: Philipp Grubauer and Joey Daccord.