The Bruins made the playoffs in each of Cassidy’s six seasons behind the bench since taking over in February 2017. 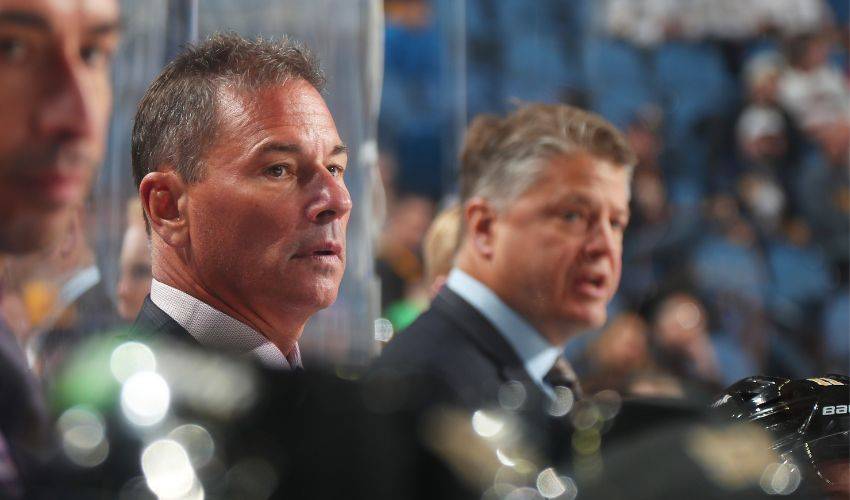 BOSTON (AP) — The Boston Bruins have fired coach Bruce Cassidy several weeks after losing in the first round of the playoffs.

General manager Don Sweeney announced the surprising move Monday night and said the search for a replacement will begin immediately. He called it “an extremely difficult decision."

“His head coaching record for the Bruins is impressive, and we are appreciative of Bruce both professionally and personally,” Sweeney said in a statement. “After taking some time to fully digest everything, I felt that the direction of our team for both this season and beyond would benefit from a new voice.”

The Bruins made the playoffs in each of Cassidy’s six seasons behind the bench since taking over in February 2017. He coached them within one victory of the Stanley Cup in 2019.

“Bruce has been a fantastic coach and has helped this team win many games and achieve success over his tenure behind the bench,” team president Cam Neely said. "I also want to extend my gratitude to Bruce and his family for everything they’ve done over the years to support the New England community and Bruins organization. We wish them continued success in the future.”

Cassidy immediately becomes a top candidate for vacancies in Philadelphia, Chicago, Winnipeg, Vegas and Detroit and any others that may now come open because of his availability.

The Bruins are expected to be without first-line left winger Brad Marchand and top defenseman Charlie McAvoy for at least the first two months of next season. Captain Patrice Bergeron, who won a record fifth Selke Trophy as the NHL's top defensive forward, is also mulling retirement.