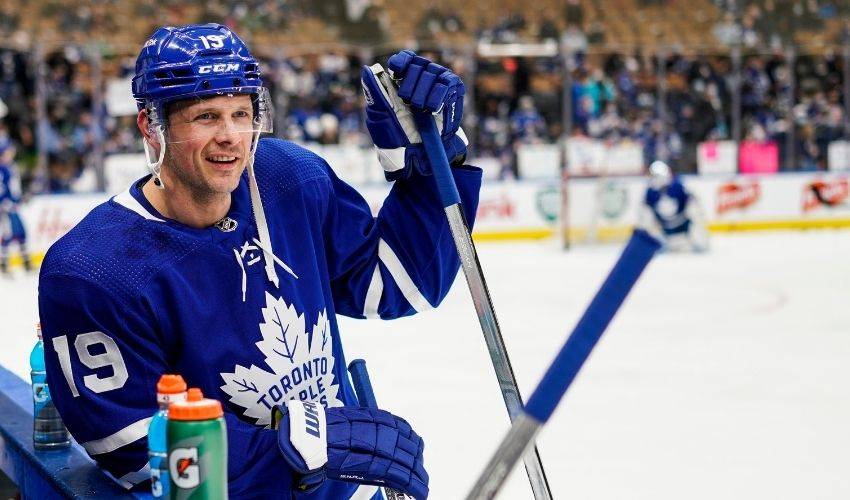 "I think it will be a difficult time for me to move forward," Spezza said via video conference Sunday. "But I'm very grateful to have the opportunity to stay within the organization, to stay apart of the club.

"I'm deeply invested in what we've done here in the last three years. I believe in the group and I think that the way I can continue to contribute to the organization and hopefully help the team get over the top."

Taken second overall by Ottawa in the 2001 draft, Spezza spent his first 11 seasons with the Senators before joining the Dallas Stars in 2014 and Toronto in 2019.

In each of his three seasons in Toronto, Spezza saw his hometown Leafs get bounced in their opening-round playoff series, a source of regret as he enters retirement.

"It's an extremely emotional time for me, a difficult time," he said. "The initial shock and awe of the season being over so quickly was hard to get over. I'd say it was probably as heartfelt a loss for me as going back and losing in the finals (in 2007 with Ottawa)."

"I don't think I can ever put into words how much it means to me to try to win the Stanley Cup. There's definitely a huge void in my heart and in my career without being able to win it."

Though in a different capacity, Spezza will still get a chance to chase that elusive Cup he could never win, and complete unfinished business with the Leafs in his new role.

"We felt as an organization, myself, our management team, that (he) was someone — because of his passion for hockey, his intelligence, the way he views the game, and his ability to impart that knowledge onto others — that we definitely would want to have him as a member of our front office." said Dubas. "And there was an onus on us for everything he's done for our organization to ensure that we had a plan and a path for him when his days as a player came to an end."

He had 12 goals and 13 assists in 71 games this season, adding another assist in five playoff outings.

"My time in Ottawa was my best time as a player in my prime and being part of those great Ottawa Senators teams that went to the finals, knocked on the door and tried to get over the hump," Spezza said. "We kept our team together for a long time and that allowed us to grow together.

"Just a lot of special teammates through that and I think, as a player, that was probably the pinnacle of my career."

Spezza added veteran savvy to the Leafs during his time in Toronto, often playing a bigger role with the team off the ice than on it.

“It is difficult to describe just how much of a lasting and positive impact that Jason Spezza made in his three seasons with the Maple Leafs,” said Dubas. “Jason's passion for the game of hockey, his desire to continuously push himself and his teammates to improve, as well as his capacity to make strong connections with all members of the organization, have been invaluable."

He famously made a rousing speech after the first period of Toronto's Game 5 win over the Tampa Bay Lightning during the first round this year, with his team trailing 2-0.

He also demonstrated leadership when he first arrived in 2019 and was a healthy scratch in his first game despite being one of Toronto's bigger free-agent pickups in the off-season. Instead of publicly complaining, Spezza stayed mum and remained professional, something indicative of his entire Leafs tenure.

This report by The Canadian Press was first published May 28, 2022