The Islanders on Monday named Lane Lambert as Trotz's replacement, giving his longtime assistant his first head coaching job in the NHL. 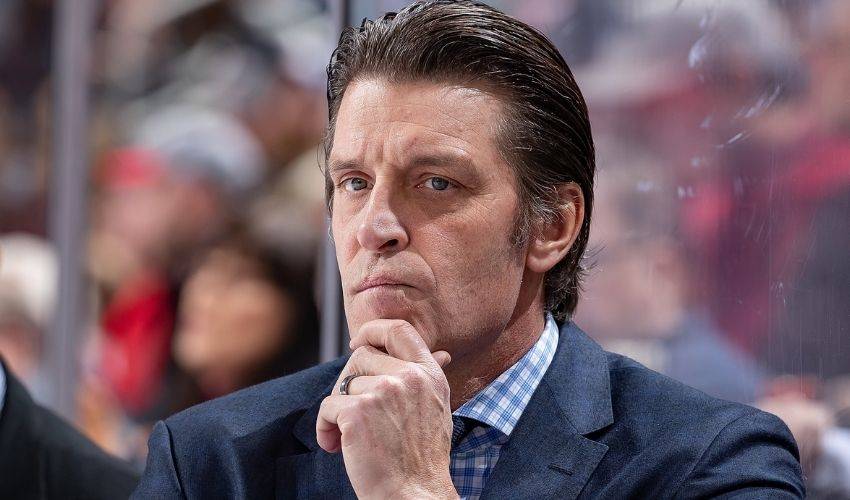 That new voice is coming from inside the same coaches' room.

The Islanders on Monday named Lane Lambert as Trotz's replacement, giving his longtime assistant his first head coaching job in the NHL. It took just a week from the decision to move on from Trotz with one year left on his contract for the team to conclude that Lambert was the right choice to succeed him.

“There is without question a new voice,” Lamoriello said during a virtual news conference. “That new voice is here with Lane, and certainly Lane has different thoughts on different things.”

Trotz was fired last week after the Islanders missed the playoffs for the first time in his four seasons behind the bench, a disappointing turn of events chalked up significantly to opening with a 13-game road trip and getting hit with a string of coronavirus absences and injuries.

Lamoriello said a major reason for this move was a stretch in January when Lambert took over coaching duties from Trotz, who took a leave of absence to deal with a family matter, and showed impressive leadership.

“When he got the opportunity or was put in that role, he had no questions in his mind as far as his decision-making, no insecurities in the conversations I had with him, and the homework he did prior to making some of the decisions that were put upon him,” the 79-year-old executive said. “He was totally comfortable in his own skin to make decisions that had to be made no matter where we are and no matter what game it was.”

Lambert, 57, has worked on Trotz’s staff the past 11 years with Nashville, Washington and New York. He has a Stanley Cup ring from the Capitals' title run in 2018, after which Trotz resigned amid a contract dispute and joined the Islanders.

Trotz was also replaced by an assistant then, when Todd Reirden was elevated to take over in Washington. He was fired after two seasons and two first-round playoff exits.

Reirden, who is now on Mike Sullivan's staff with the Pittsburgh Penguins, did not have a prior relationship with Trotz. Lambert began working under Trotz with the Nashville Predators in 2011 after four seasons as coach of their American Hockey League affiliate in Milwaukee and has been by his side since.

Lambert said he spoke twice with Trotz and received his blessing.

“I talked to Barry last week early on after he had received the news, and he told me that he was hoping that I would get the job,” Lambert said. “And then I just spoke to him not too long ago and he used the words that he was ‘thrilled.’”

Lambert added he didn't have any mixed emotions about taking over for his former boss based on those conversations.

“We have worked well together over the years,” he said. “We’ve supported each other, and he’s supporting me at the moment and we have to look forward from here.”

Assistants Jim Hiller and John Gruden and goaltending coach Piero Greco remain under contract, with Lamoriello and Lambert expected to make determinations on their status in the coming weeks.

Lambert, a native of Swift Current, Saskatchewan, played in 300 NHL regular-season and playoff games in the 1980s and many more in the minors and Europe after that. He went into coaching almost immediately after his playing days, becoming an assistant in 2002 with Moose Jaw of the Western Hockey League.

Lambert stayed in the junior league, coaching Prince George for two seasons before making the leap to the AHL. Next season will be his 22nd in coaching at any level and seventh as a head coach, though of course the first at the highest level of hockey.

“You work hard and good things happen,” he said. “I just worked hard and prepared for potentially one day having this opportunity.”