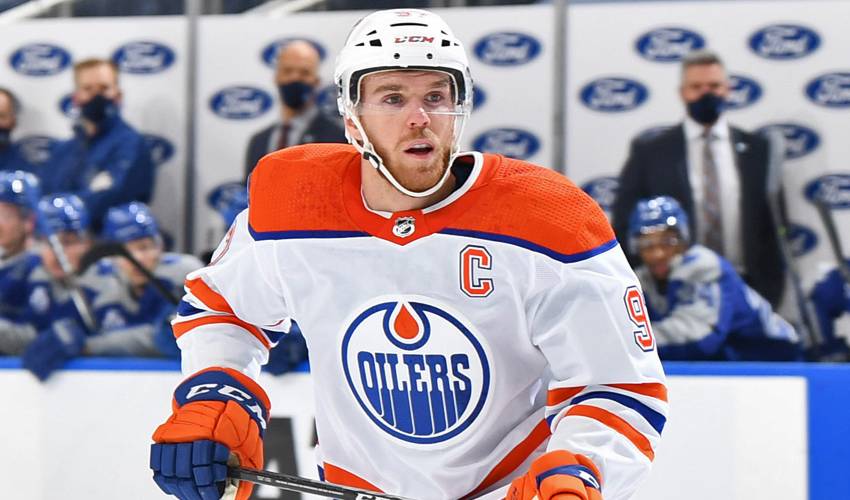 New York Rangers goaltender Igor Shesterkin is also in contention for the prize awarded "to the player adjudged to be the most valuable to his team."

Matthews, who earned this season's Maurice (Rocket) Richard Trophy as the NHL’s leading goal-scorer, posted career highs with 60 goals and 46 assists. He became the 21st different player in NHL history – and first in a decade – to register 60 goals in a season.

The 24-year-old Matthews was asked about the nomination on Thursday ahead of Game 6 between the Leafs and Tampa Bay Lightning at Amalie Arena. Toronto led the series 3-2 and hoped to advance to the second round of the playoffs for the first time since 2004.

"It's a big honour," said Matthews, who has three goals and four assists in the series with Tampa. "But I think right now the focus isn't really much on that. It's more on what we're going through ... what (Thursday night) means to this team.

"Just a great opportunity for us."

McDavid, who claimed the Art Ross Trophy as the League’s top scorer this season, also established career highs with 44 goals and 79 assists.

The reigning Hart Trophy winner, McDavid never went more than three games without a point. He also has nine points (two goals, seven assists) in a first-round playoff series against L.A., although the Professional Hockey Writers' Association does not take post-season performance into account when voting for the Hart Trophy. The Kings lead the best-of-seven matchup 3-2.

"It's always nice, especially to be in that group, that category of player," McDavid said before Edmonton's do-or-die Game 6 in L.A. Thursday. "Obviously, we have a bigger focus."

The impact the Oilers' captain has had both on and off the ice has been evident all season, said head coach Jay Woodcroft.

"To me, it's quite clear who the best player in the world is and who has the biggest impact," he said.

Shesterkin, who earlier this week was named a finalist for the Vezina Trophy, as the NHL's best goaltender, had a 2.07 goals-against average, .935 save percentage and six shutouts.

— With files from Joshua Clipperton in Tampa, Fla. and Gemma Karstens-Smith in Los Angeles.

This report by The Canadian Press was first published May 12, 2022.