Patrick Marleau announced his retirement, ending a career that saw him suit up for a record 1,779 career regular-season games over his career. 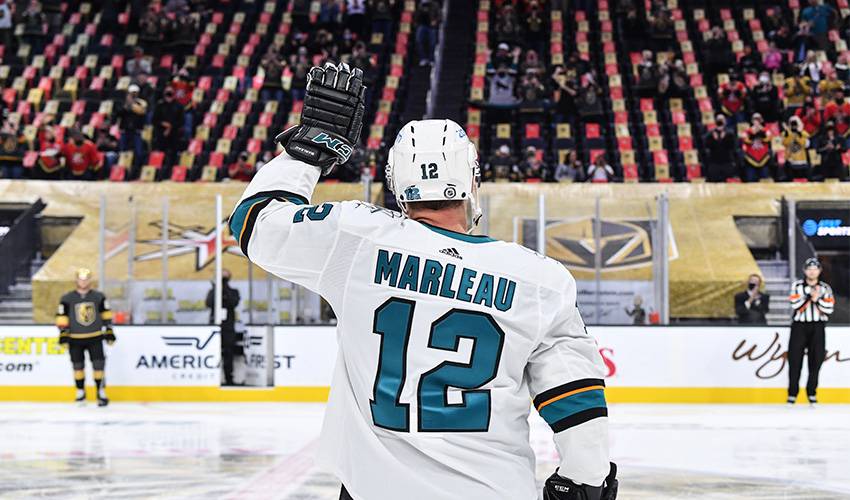 NHL veteran Patrick Marleau announced his retirement Tuesday, ending a career that saw him suit up for a record 1,779 career regular-season games over his 23-season career.

The 42-year-old from Aneroid, Sask., made the announcement in an article on The Players' Tribune.

Marleau last played in the 2020-21 season, when he had four goals and five assists over 56 games with the San Jose Sharks. During that season he passed hockey legend Gordie Howe's career games record of 1,767.

Marleau finished with 1,197 points (566 goals, 631 assists) over his career spent mostly with the Sharks, save for two seasons in Toronto and an eight-game stint with Pittsburgh.

Selected by the Sharks second overall in the 1997 draft, Marleau retires as the franchise leader in several categories including goals, points, power-play goals (161), short-handed goals (17) and game-winning goals 101.

He never got the chance to hoist the Stanley Cup over his long career. He helped the Sharks reach the 2016 Cup final, where they lost in six games to Pittsburgh.

This report by The Canadian Press was first published May 10, 2022.