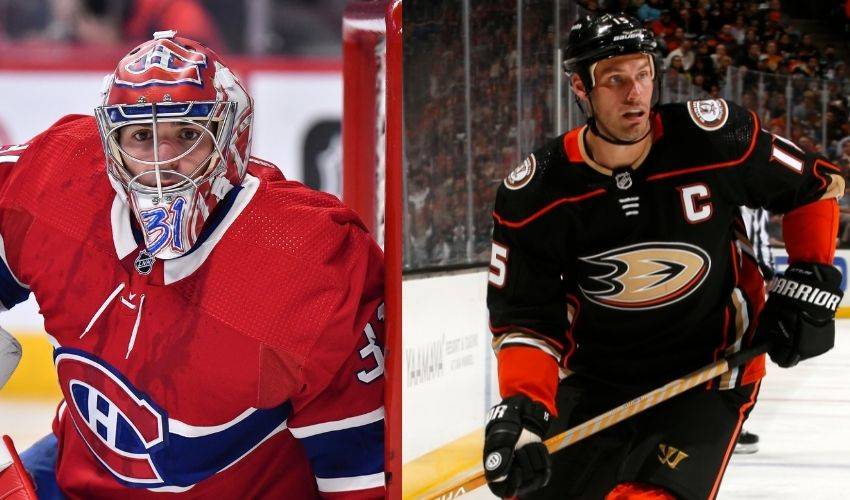 Montreal Canadiens goaltender Carey Price and outgoing NHL star Ryan Getzlaf of the Anaheim Ducks are among the nominees for the 2022 Bill Masterton Trophy.

Each of the Professional Hockey Writers Associations (PWHPA) local chapters nominates a player from the league's 32 markets.

The PWHPA votes on the NHL player who "best exemplifies the qualities of perseverance, sportsmanship and dedication to the game."

The trophy has been awarded since 1968.

It's named in memory of Minnesota North Stars player Bill Masterton, who died Jan. 15, 1968, of head injuries sustained during a game.

After helping the Canadiens reach the Stanley Cup final in 2021, the 34-year-old Price underwent knee surgery last summer. He suffered numerous setbacks in returning to the game.

The Vezina and Hart Trophy winner in 2015 also sought help from the NHLPA/NHL player assistance program in October for substance abuse.

Price of Anahim Lake, B.C., returned to Montreal's lineup to start in an April 15 game, which was his first since July, 2021.

Getzlaf became the all-time leading scorer of the Anaheim Ducks and surpassed the 1,000-point milestone in his 17th and final NHL season.

The 36-year-old from Regina was hampered by a foot injury in the season's second half, but Getzlaf continued to mentor the next generation of Ducks players including Troy Terry in a breakout 36-goal season.

Last year's winner was Philadelphia Flyers winger Oskar Lindblom, who was diagnosed with cancer in 2019 and returned to play in the NHL.

This report by The Canadian Press was first published April 25, 2022.