The Blue Jackets said the 27-year-old Korpisalo will need at least six months to recover. 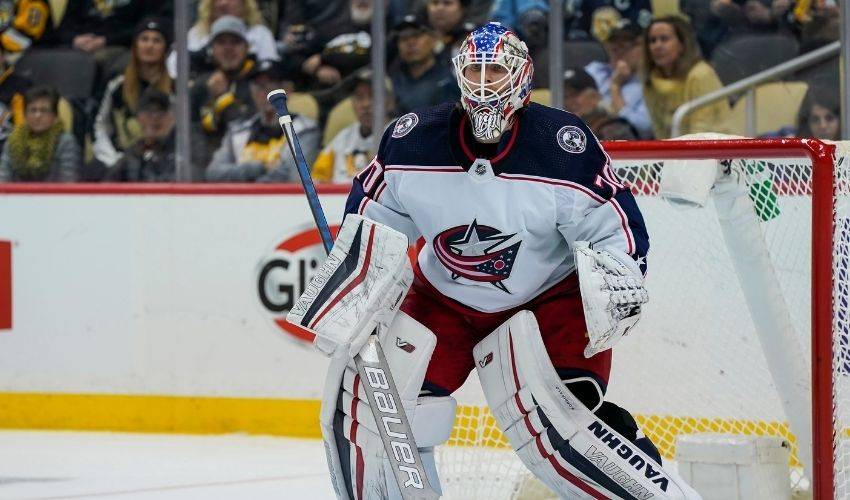 Columbus Blue Jackets goaltender Joonas Korpisalo will have hip surgery and will miss the remainder of the season.

The NHL team said the 27-year-old Korpisalo will need at least six months to recover.

“This is an injury that Joonas has been dealing with for some time and it has now gotten to the point where surgery is the best option,” general manager Jarmo Kekalainen said. “We are disappointed for him as he has worked extremely hard to be able to play, but this is the best course of action.”

Korpisalo, who is in the last year of a two-year contract, was expected to be one of the players Columbus would trade before the deadline. The team had signed goaltender Elvis Merzlikins, who also had dealt with injuries this season, to a new five-year, $27 million contract.

That means Korpisalo will either sign another contract with Columbus or test free agency this summer.

A former All Star, Korpisalo appeared in 22 games, registering a career-worst .877 save percentage and 4.15 goals-against average. He had a 7-11-0 record.

Merzlikins is 22-15 with a .903 save percentage and a 3.38 goals-against average, both under his career averages.

Another Blue Jackets goalie, Daniil Tarasov, had hip surgery and was given a six-month timeline in February.

That leaves Merzlikins and rookie Jean-Francois Berube to play the final 18 games of the season.

The Blue Jackets are in fifth place in the Metropolitan Division and out of the running for the playoffs. They will play at Winnipeg Friday night.