The 25-year-old Czech became Arizona's No. 1 goalie this season after the team traded away Darcy Kuemper and Antti Raanta. 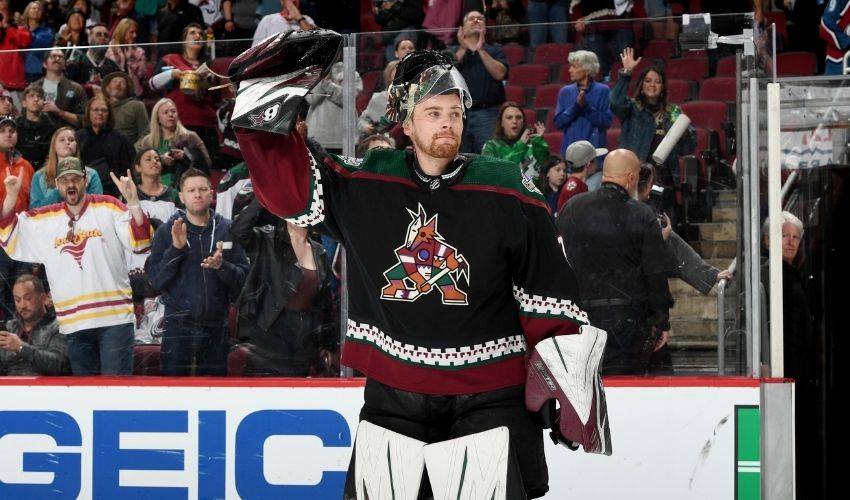 Terms of the deal announced Monday were not released.

The 25-year-old Czech became Arizona's No. 1 goalie this season after the team traded away Darcy Kuemper and Antti Raanta.

Vejmelka has gone 10-23-1 with a 3.35 goals-against average and .905 save percentage in 36 games on a rebuilding team this season. He tied the NHL record for most saves in a first career shutout with 46 against Winnipeg on Nov. 29, and is second among NHL rookies in games and saves (1,058).

Vejmelka was drafted in the fifth round of the 2015 NHL draft by Nashville and had been a career minor leaguer before signing a one-year deal with Arizona last offseason.