Point appeared to favor his left shoulder-arm after crashing hard into to the end boards after being tripped. 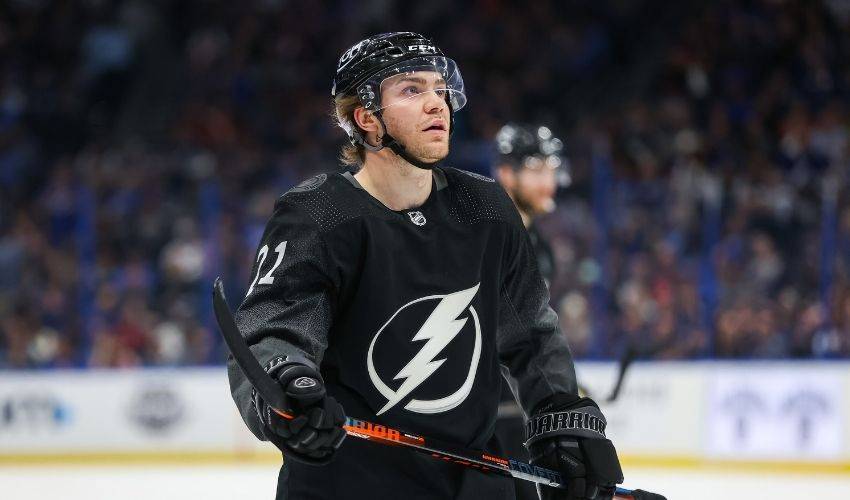 The two-time Stanley Cup champion Lightning announced the news during the first period Sunday against the Minnesota Wild.

Point appeared to favor his left shoulder-arm after crashing hard into to the end boards after being tripped in the third period of Saturday night in a 5-3 loss to New Jersey. He hit the crossbar on the ensuing penalty shot and was able to finish the game.

Point had an NHL-best 14 goals in last season's playoffs. It was the second consecutive season that he topped the NHL in postseason goals.

Tampa Bay was already missing star right wing Nikita Kucherov, who sat out his 14th game with a lower-body injury and is not expected back for another four to six weeks.

Minnesota played Sunday without captain Jared Spurgeon. The defenseman left with a lower-body injury in Saturday’s 5-4 loss at Florida.