The 22-year-old Comtois has missed the Ducks’ past three games due to injury. 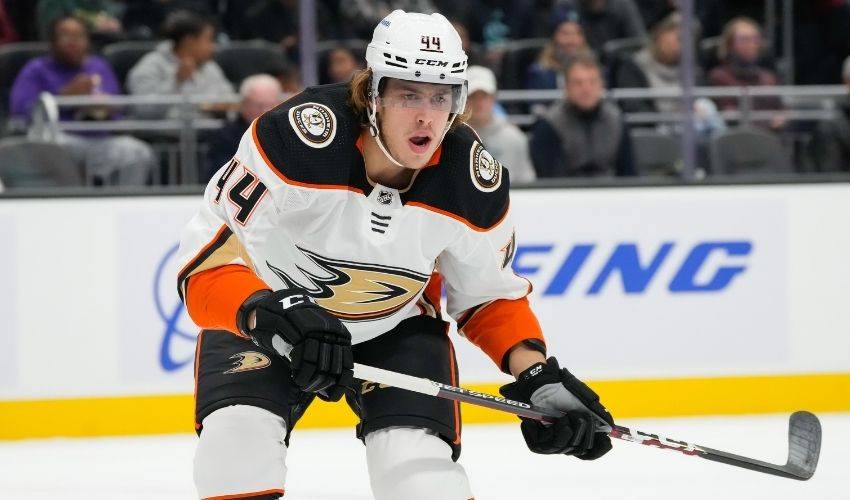 ANAHEIM, Calif. (AP) — Anaheim Ducks forward Max Comtois will be out for about six weeks after surgery on his right hand.

Comtois had the procedure Thursday to repair a broken bone in his hand, the team announced Friday.

The 22-year-old Comtois has missed the Ducks’ past three games due to injury. He was the Ducks' leading scorer during the 2020-21 season, but has just one assist in 13 games this year.

Comtois had 16 goals and 17 assists last season when Anaheim was the NHL's lowest-scoring team. The Ducks (10-5-3) are second in the NHL with 61 goals this season in a remarkable offensive turnaround under third-year coach Dallas Eakins.

Anaheim's eight-game winning streak and 10-game point-scoring streak ended with a well-played 2-1 loss to the Carolina Hurricanes on Thursday night.

Comtois made his NHL debut early in the 2018-19 season, and he cracked the Ducks' lineup for good last season. He also won a gold medal with the Canadian national team at the IIHF world championships earlier this year.

The Ducks are winning despite major injuries to three prominent forwards. Rickard Rakell has returned to skating workouts after missing the last 10 games with an upper-body injury, and young forward Max Jones is out for at least four months after surgery on his torn pectoral muscle in November.