Dowd will count $1.3 million against the salary cap each of the past three seasons, almost double his current $750,000 value. 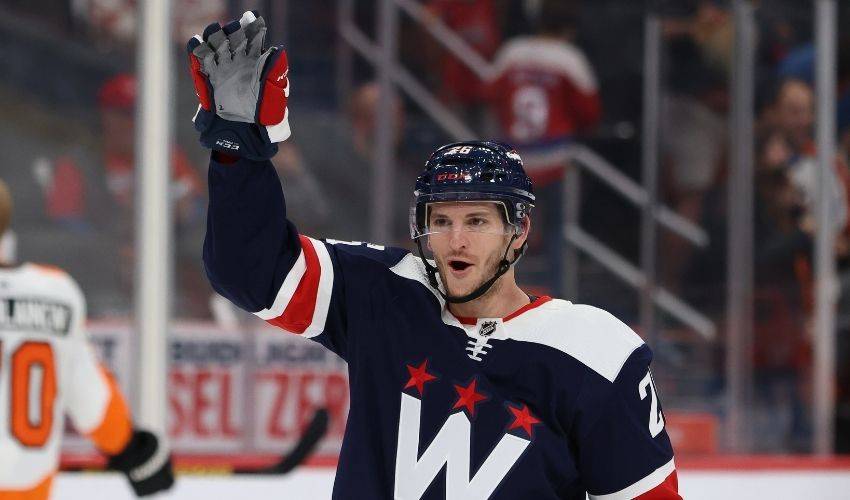 WASHINGTON (AP) — Nic Dowd signed a $3.9 million, three-year extension with the Washington Capitals on Sunday, giving the reliable center some long-term security and a significant raise.

Dowd will count $1.3 million against the salary cap each of the past three seasons, almost double his current $750,000 value. He's coming off a shortened 2021 season in which he scored a career-high 11 goals, and said he wanted to maintain the roots he has grown in the D.C. area.

“Obviously, a lot of things go into it, but I think that this is a great spot to play,” Dowd said at the first intermission of the Capitals' game Sunday night against the Pittsburgh Penguins. “I’ve been around a couple of other organizations — both good organizations — but this has definitely been home. And my wife loves it. We love it.”

Dowd has missed three consecutive games with a lower-body injury. He has been limited to nine games this season and has one goal.

The 31-year-old prioritized a solid new contract over the unknown of free agency, especially with the cap staying flat to account for pandemic revenue losses.

“Free agency hasn’t been as friendly in the last couple years to a lot of people,” Dowd said. "You see some guys that don’t sign big deals, and that kind of surprises you, so I think the risk assessment was the biggest (part of the) decision-making process.”

Dowd scored arguably the biggest goal of his career in overtime of Game 1 of Washington's first-round series against Boston in the first round last season. He has 79 points in 316 regular-season NHL games with the Los Angeles Kings, Vancouver Canucks and Capitals.

“I honestly feel like I’m getting right into my 27/28 years of my career, which, a lot of guys, that’s when they hit their peak,” Dowd said. “That’s how I feel about my career right now. And I think I’m a young 31-year-old. I think a lot of people don’t even realize I’m that old until they see it and they’re kind of surprised by it. So, yeah, I think I still have a lot left to give.”