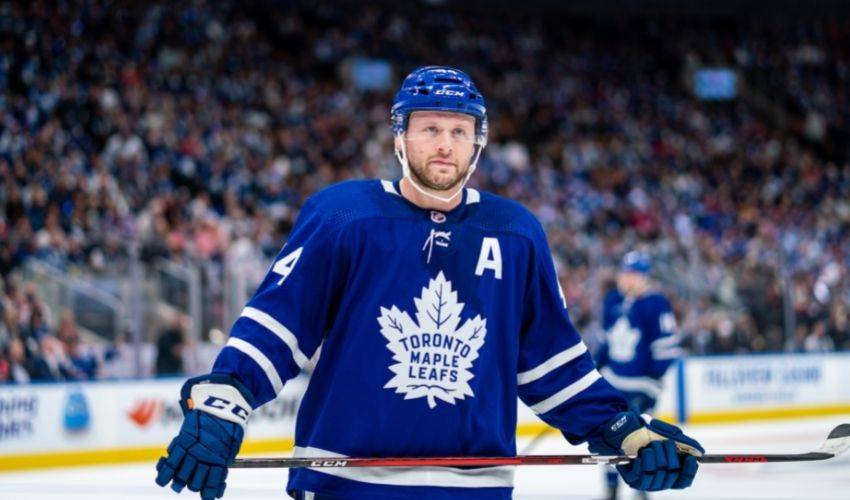 TORONTO — The Toronto Maple Leafs have signed defenceman Morgan Rielly to an eight-year, US$60-million contract extension worth an average annual value of US$7.5 million.

The 27-year-old is currently the longest-serving Maple Leaf after being drafted in the first round (fifth overall) of the 2012 NHL draft and has been an alternate captain for the club since 2016.

"I've got to the point in Toronto where it really feels like home, so it's a pretty cool feeling," Rielly said Friday,

"I feel very good right now, I felt good in training camp," Rielly said. "I didn't want to be a distraction. I kind of had a feeling it was going to get done at some point.

"I think the way it got handled from both sides was good."

During the 2019-20 season, he became the second defenceman in Maple Leaf history, joining Börje Salming, to begin his career with seven consecutive 20-assist seasons.

This report by The Canadian Press was first published Oct. 29, 2021.