The timeframe would mean Kucherov could be back playing just before or after the New Year. 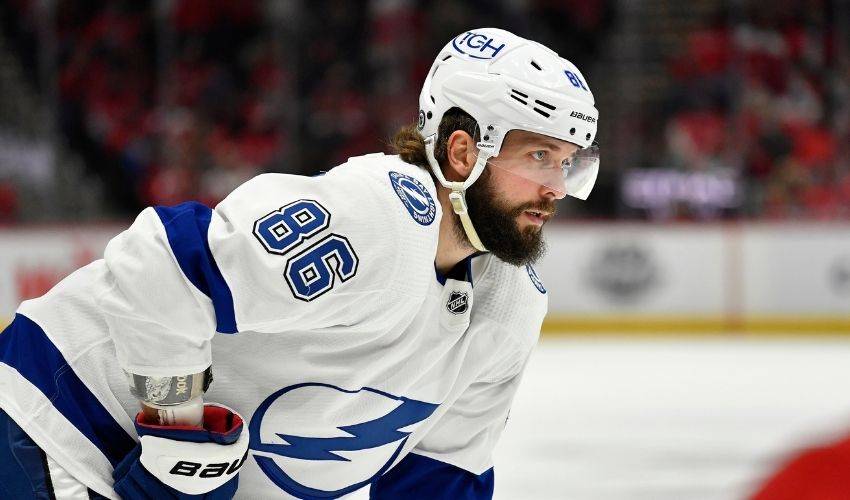 Tampa Bay Lightning winger Nikita Kucherov is expected to be out 8-10 weeks after undergoing an unspecified surgery for an unspecified lower-body injury.

The two-time defending Stanley Cup champions announced Kucherov's prognosis with no additional details Wednesday. The timeframe would mean Kucherov could be back playing just before or after the New Year.

Kucherov was injured Oct. 16 in Tampa Bay’s third game of the season. He doubled over in pain after an innocent-looking collision in the third period of the Lightning’s game at Washington.

Coach Jon Cooper said two days later that Kucherov would be out for a while. The team put Kucherov on long-term injured reserve not long after.

Kucherov was Tampa Bay’s leading scorer on each of the past two Stanley Cup runs. He missed the entire regular season last year recovering from hip surgery and returned for the first game of the playoffs.

Now 28, Kucherov won the Hart Trophy as MVP in 2018-19 when he led the NHL with 87 assists and 128 points. After winning the Presidents' Trophy as the top regular-season team, the Lightning were swept by Columbus in the first round of the playoffs — a defeat Cooper and others credit to Kucherov adjusting his game.

Kucherov was still more than a point-a-game player the following season with 85 in 68 games before the pandemic shutdown. He led all players in the 2020 postseason bubble with 34 points.

The combination of a hip injury that required surgery late in 2020 and the shortened, condensed 56-game schedule for 2021 perfectly aligned for the Lightning to stash Kucherov's $9.5 million salary cap for the entire season. That allowed them to keep together most of their core and add at the deadline, setting them up to be the first back-to-back Cup champions since Pittsburgh in 2016 and 2017 with Kucherov back and playing at a high level.

Tampa Bay has been inconsistent early this season, before and after Kucherov's injury. The Lightning did not have a regulation win until beating the Penguins on Tuesday night.

Kucherov has 678 points in 361 NHL regular-season and playoff games during his career. One thing missing from his resume is playing at the Olympics, and Kucherov was named one of the Russians' first three roster picks for the upcoming 2022 Games in Beijing.