McAvoy had five goals and 25 assists in 51 games last season and led all Bruins defensemen with a plus-22 rating. 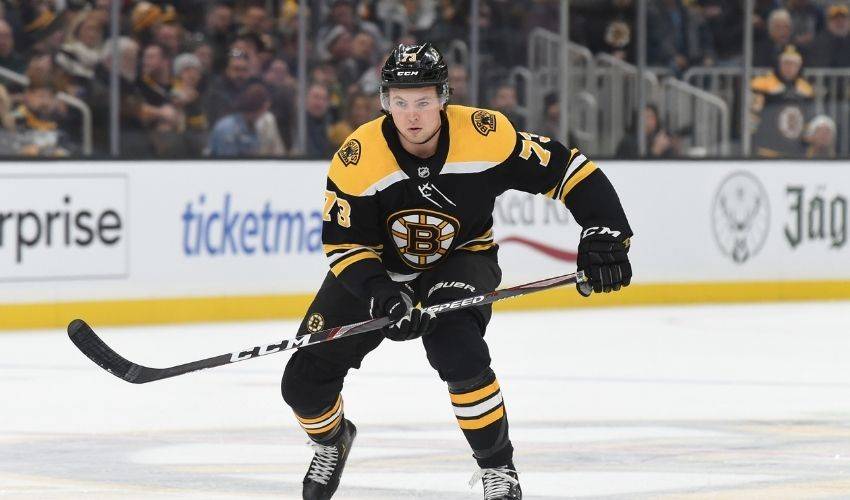 “I might go get my dog a handful of bones,” he said Friday after agreeing to the deal that could keep him in Boston through 2030.

“It’s such a whirlwind,” he said. “Now I just get to do what I love, which is play hockey, and there’s no stress around that. Just getting to come to work every day and do what I love.”

A first-round draft pick in 2016, McAvoy made his Bruins debut as a 19-year-old in the 2017 playoffs and was tutored early on by Zdeno Chara. Still just 23, McAvoy has now replaced the 2009 Norris Trophy winner and seven-time All-Star as the team's top defenseman.

The Bruins also hope he will grow as a leader as other mainstays of the lineup like captain Patrice Bergeron, who is in the last year of his contract, move on.

“It’s just a great story for us as an organization,” Bruins coach Bruce Cassidy said, adding that general manager Don Sweeney “identified a key part of this team, you want to lock up long-term.”

“He’s part of the core now, and going forward,” Cassidy said. “For a coach, it’s great. He works hard, trying to get better. He’s growing into a leader, I think this helps him in that department.”

McAvoy had five goals and 25 assists in 51 games last season and led all Bruins defensemen with a plus-22 rating. In the playoffs, he had 12 points in 11 games, and he was fifth in voting for the league’s top defenseman, a year after he was 10th.

McAvoy has 24 goals and 98 assists in 235 regular-season games, to go along with another 32 points in 65 playoff appearances. He is plus-80 for his career — second among all NHL defenseman since he entered the league in 2017.

A Long Island native who went to Boston University, McAvoy is due to earn $7.3 million this year before the extension will pay him an average of $9.5 million per year.

“There’s no place I’d rather be,” he said. “I’ve wanted to be in Boston since the moment I’ve been here. It’s been a dream to come to BU and be able to stay here. It’s just been such a dream to get to this point. I can’t be happier than I am right now.”

Cassidy said the biggest concern is that McAvoy puts too much pressure on himself because of the “big ticket.”

“The one thing that does happen some times,” the coach said. “So he’s just got to be careful, just go out and play, be the same Charlie McAvoy you’ve always been, keep getting better.”

“That’s the only discussion I’ll probably have with Charlie at some point,” Cassidy said.

The Bruins open their season Saturday night against the Dallas Stars. Cassidy said 22-year-old Jeremy Swayman will start in goal over veteran Linus Ullmark; longtime goalie Tuukka Rask is unsigned but says he wants to return when he recovers from hip surgery.