Cooper has been behind bench with the Lightning since March 2013, and the team has made five appearances in the Eastern Conference Final. 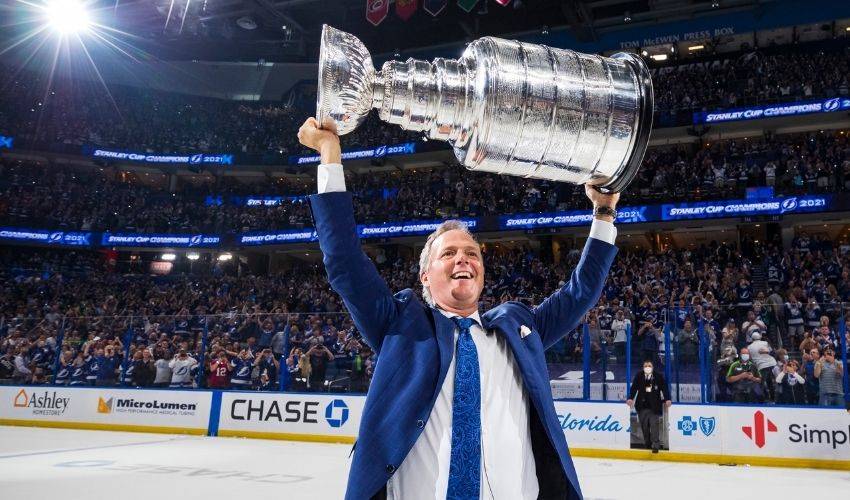 TAMPA, Fla. (AP) — The Tampa Bay Lightning have signed Jon Cooper to a three-year extension through the 2024-25 season, rewarding their coach after the team won consecutive Stanley Cup titles.

Cooper has been behind bench with the Lightning since March 2013, and the team has made five appearances in the Eastern Conference Final. It has played in the Stanley Cup Final three times over the past seven seasons.

“Unequivocally, Coop is the best person for the job,” general manager Julien BriseBois said. “He is a great leader, spokesperson and ambassador for our organization. We are lucky to have him as our head coach and I very much look forward to our continued partnership.”

Cooper, the longest tenured coach in the NHL, has a 383-197-53 record in just over eight seasons with Tampa Bay.

The Lightning won the 2020 Stanley Cup title in five games over the Dallas Stars. They repeated during the shortened 2021 season, defeating the Montreal Canadiens in five games.