The big Slovak defenseman will chase the Stanley Cup at least one more time just over a decade since hoisting it as Boston’s captain. 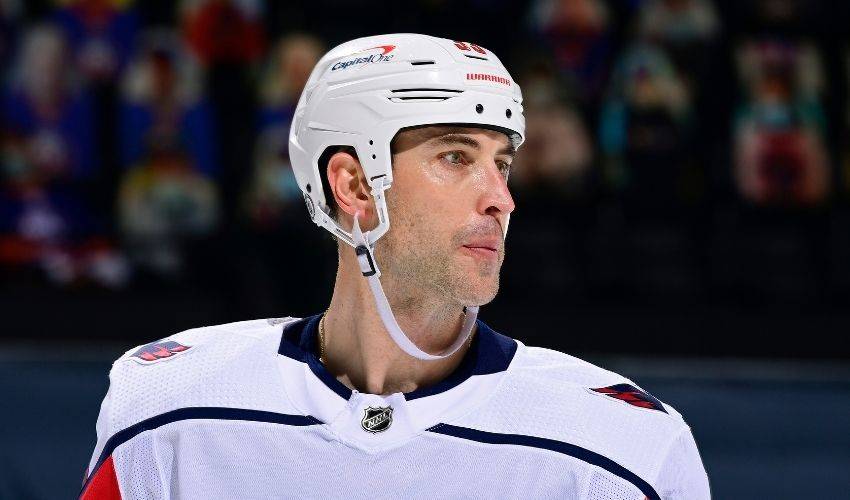 Zdeno Chara is returning to the team where he started his career, agreeing to terms on a one-year deal with the New York Islanders.

The team announced the contract Saturday, the latest in a series of moves by seasoned general manager Lou Lamoriello designed to get the Islanders over the hump in the playoffs.

Chara wasn't even sure he'd continue playing in the NHL, and now he'll take the ice for a 24th season at age 44 with the team he broke in with. He was a 1996 Islanders draft pick and made his debut with them in 1997 before being traded to Ottawa in 2001.

The big Slovak defenseman will chase the Stanley Cup at least one more time just over a decade since hoisting it as Boston’s captain. The Bruins let their longtime captain leave in free agency last offseason following 14 seasons, and Chara went to Washington to play for a year with the Capitals.

Chara showed he still had gas in the tank by averaging more than 18 minutes a night and playing 55 of the 56 games on the condensed, shortened schedule. By not hanging up his skates, Chara could play in the Olympics for the fourth time.

Far removed from winning the Norris Trophy in 2009, Chara gives New York valuable veteran depth on the left side of the blue line. The Islanders reached the semifinals each of the past two seasons, losing both times to eventual champion Tampa Bay.

It has been a summer of deft salary cap management by 78-year-old Lamoriello, who traded Nick Leddy to Detroit for Richard Panik, added Zach Parise after his buyout by Minnesota and re-signed Kyle Palmieri, Anthony Beauvillier, Casey Cizikas and Adam Pelech.

The Islanders start the season on a 13-game road trip before opening their sparkling new arena at Belmont Park in November.