Penguins' Crosby out at least 6 weeks after wrist surgery

The team announced Wednesday that the two-time Hart Trophy winner will be out at least six weeks after undergoing wrist surgery. 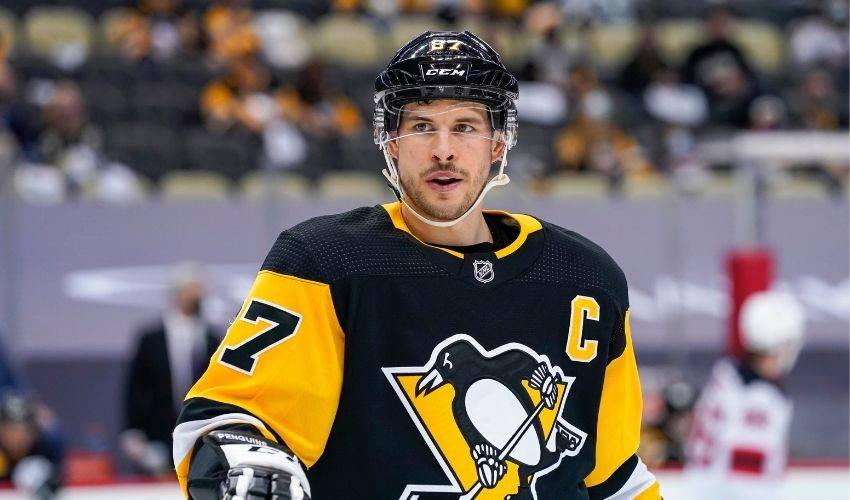 PITTSBURGH (AP) — The Pittsburgh Penguins will have to start the season without captain Sidney Crosby.

The team announced Wednesday that the two-time Hart Trophy winner will be out at least six weeks after undergoing wrist surgery.

General manager Ron Hextall said Crosby had been dealing with the injury for years and that the team exhausted all minimally invasive options before deciding surgery was the best course of action.

“We all, including Sid, wish we had known this a month or two months ago,” Hextall said. “That would be great, but we are where we are.”

The Penguins begin training camp later this month and open the season on the road against two-time defending Stanley Cup champions Tampa Bay on Oct. 12. The door for Crosby's possible routine would likely open around Oct. 20 at the earliest.

The 34-year-old Crosby missed just one game during the COVID-19 shortened 2020-21 season, finishing with 24 goals and 38 assists to help lead the Penguins to the East Division title. He had a goal and an assist in six games during Pittsburgh's opening-round playoff loss to the New York Islanders.

Hextall said Crosby rested the injury after the season while weighing to see if he could withstand playing with it for another year.

“At some point, you ramp things up along the way,” Hextall said. “The conclusion we came to was this procedure was the best way to proceed.”

Crosby and longtime teammate Evgeni Malkin will both miss the start of the season. Malkin is recovering from right knee surgery in June. The team has declined to get specific on how long Malkin will be out other than to rule him out for training camp.

Hextall declined to give an update on Malkin's status, saying the team will have a better idea once training camp starts. Hextall said beginning the year without the two franchise cornerstones is “not ideal” but added the team would not feel sorry for itself.

“We still have to find ways to win games,” Hextall said.

The Penguins were relatively quiet in free agency over the summer. Hextall said looking for help on the open market at this point is not an option because he does not anticipate Malkin or Crosby to be out for an extended period.